This weekend, moviegoers will shell out for Teenage Mutant Ninja Turtles: Out of the Shadows, the latest incarnation of the comic book, toy, cartoon and film franchise that introduced the world to a quartet of teenage crime-stopping turtles. As any fan of the characters will know, they became mutants after a truck carrying a canister of radioactive goo spilled the chemicals onto baby turtles that had been accidentally dropped into a New York City sewer. There, they were found by the rat Splinter, who trained them in ninja-fighting skills, so they could protect innocents from a gang of evil ninjas led by an enemy dubbed Shredder.

TIME explained how the story’s creators Peter Laird and Kevin Eastman came up with the concept when the first Ninja Turtles movie came out in 1990:

But that doesn’t mean the Ninja Turtles aren’t part of real history—both a decades-long American pop-cultural history and a centuries-long military history.

Most directly, the Turtles were influenced by the visions of ninjas in Frank Miller comics, like Daredevil and Ronin, and by the movies that, starting in the 1960s, popularized the figures of the specially trained martial artist. That Hollywood version of the ninja took off after the 1967 James Bond film You Only Live Twice; in fact, dictionaries often trace the first popular use of the word ninja in the West to the book version by Bond creator Ian Fleming. John Man, author of Ninja: 1,000 Years of the Shadow Warrior, argues that the TMNT gang is also influenced by the ninja concept parodied by Burt Kwouk in the Pink Panther films. “That image dominates everything everyone ‘knows’ about ninjas,” he says, and most of it is myth. “The image of the ninja is a man in black whose aim in life is to break, enter, steal and kill, for which one also has to be a martial arts expert… Teachers claim to have inherited authority and skills through generations. It’s rubbish.”

Historians argue that the Hollywood fantasy is based on folk tales and legends passed down through the years, which are in fact based on a real tradition in medieval Japan.

Most references to the first real ninjas date back to the 16th-century Japan, a time of civil war between warlords. The fighting led to a demand for skilled experts who could carry out assassinations and undercover operations, but likely within a normal military chain of command, according to Stephen Turnbull, a visiting professor of Japanese studies at Akita International University in Japan and author of the forthcoming book The Ninja Myth. Back then, they were usually known as “shinobi,” a word considered interchangeable with the word “ninja,” based on how their characters are written. (There’s a theory that “ninja” caught on in the West because it’s easier to say in English.)

One reason ninjas may have developed a reputation for being a “specialized hereditary cult” or “a whole a new class of fighting men” may have to do with how the term has been interpreted in Japanese texts over time, argues Turnbull. “When people read old accounts, the tendency is to read the word as telling you who is doing it,” he explains, “but I believe it tells you how something is being done, that whatever is being done, it’s being done secretly.”

But while the Ninja Turtles may have “cornered the market on the cute ninja,” as Turnbull puts it, their pop-culture endurance may have less to do with the past and more to do with their message for today’s viewers, at least according to Richard Rosenbaum, author of the cultural studies text Raise Some Shell.

“They are adopted children of a rat from Japan. They’re being raised by a single dad who isn’t even the same species as they are and who has his own history and baggage but came to N.Y. and is trying to build a life for his children,” he says. “They’re a complex metaphor for the multicultural society we live in.” 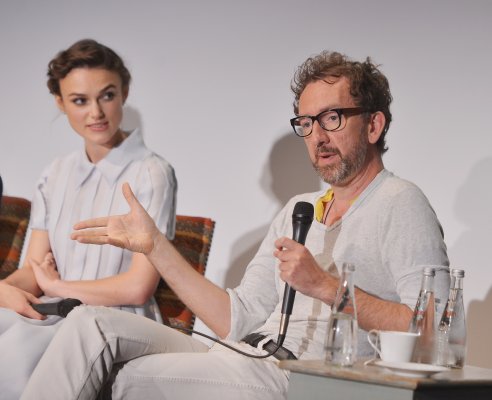 Director Apologizes for Keira Knightley Criticism: 'I'm Ashamed of Myself'
Next Up: Editor's Pick