Pope Francis meets George and Amal Clooney during a meeting of the Scholas Occurrentes at the Vatican on May 29, 2016.
Osservatore Romano/Reuters
By Lindsay Kimble / People

George and Amal Clooney exchanged smiles and handshakes with Pope Francis on Sunday during a visit to Vatican City.

The couple, who attended the pontiff’s Un Muro o Un Ponte Seminary at Paul VI Hall, were also on hand so that George could be awarded a medal for his work with Francis’ Scholas Occurrentes, an International Organization of Pontifical Right that connects technology with arts and sports, according to its website.

George 55, will serve as an ambassador for one of the foundation’s art projects, according to Reuters. Salma Hayek and Richard Gere were at the event and will also serve as ambassadors. The meeting consisted of testimonials, music, videos and a Q&A session, according to Vatican Radio.

Ahead of the papal visit, George and Amal shared a dinner date in Rome, sitting down for a meal at high-end eatery Dal Bolognese in the city’s Piazza del Popolo. 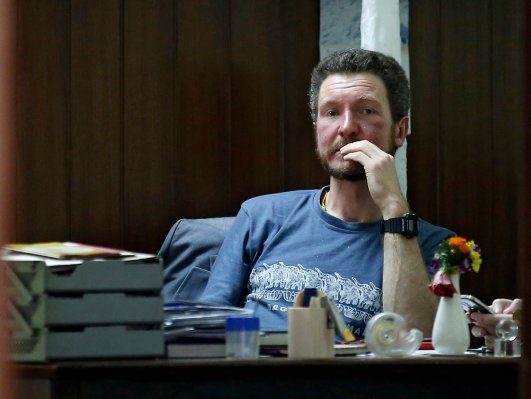 Australian Woman Who Died on Mount Everest Was 15 Minutes From Summit
Next Up: Editor's Pick