Marco Rubio said in a new interview that he personally apologized to Donald Trump while still on the campaign trail for a swipe he took at the mogul’s “small hands.”

The Florida senator reminisced about his failed presidential bid in an interview with CNN that aired Sunday, saying the comment he made during a campaign stop in Virginia “embarrassed” his family and was a mistake.

“I actually told Donald—one of the debates, I forget which one—I apologized to him for that,” Rubio said on State of the Union. “I said, ‘You know, I’m sorry that I said that. It’s not who I am and I shouldn’t have done it.’ And I didn’t say it in front of the cameras, I didn’t want any political benefit.”

Rubio, who also said he plans to support Trump in November, called the presumptive Republican nominee the “ultimate change agent.”

“I’ll learn from this,” he said of his campaign, “and whether I run for president again one day or run for something else or do this in the business world, there are lessons I will take from this that will make me stronger and better as a result.” 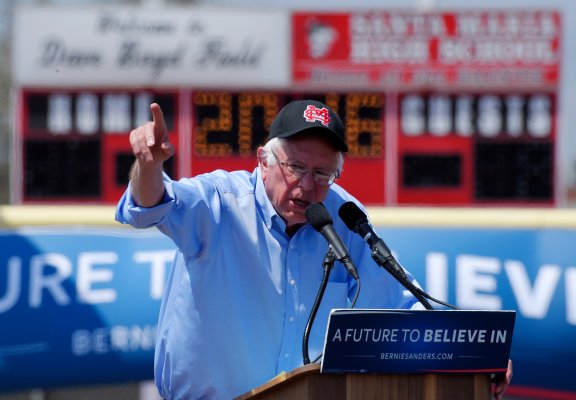 Sanders Warns Clinton on VP Pick
Next Up: Editor's Pick