Women on Twitter are called either a “whore” or a “slut” by users on the social media platform almost 10,000 times a day, according to a new study.

Twitter users, both male and female, sent 200,000 aggressive tweets using those specific insults to 80,000 people during a three-week period in late April and early May, a study by the think tank Demos has found. Half of the offenders were women. That’s almost 7 abusive tweets per minute, or 9,500 per day, the Washington Post reports. Those who have received those tweets include First Lady Michelle Obama, former Secretary of State Hillary Clinton and superstar Beyonce.

Demos used an algorithm to separate tweets with those words used aggressively and jokingly. The think thank in 2014 found the words “slut” and “whore” dominated misogynistic language on Twitter.

“This study provides a birds-eye snapshot of what is ultimately a very personal and often traumatic experience for women,” Alex Krasodomski-Jones, researcher in the Centre for the Analysis of Social Media at Demos, said in a statement. “It is clear that just as the digital world has created new opportunities for public debate and social interaction, it has also built new battlegrounds for the worst aspects of human behavior.” 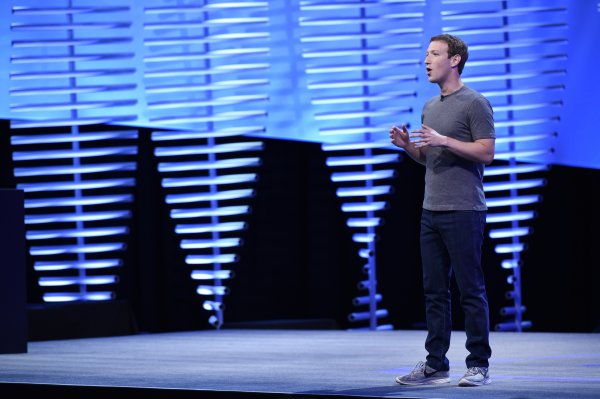 Mark Zuckerberg Should Not Have Met With Conservative Leaders
Next Up: Editor's Pick