“One of the biggest diplomats in the country who is a friend of mine, you saw recently I actually met with him and it was all over the place, so you can figure it out,” Trump began, apparently referencing a meeting he had with Kissinger, former secretary of state and foreign policy guru, in the middle of May.

Trump continued: “And he said, ‘Donald, I thought you were wrong in your approach. I thought it was too tough. But you know what? All of those countries are calling me, What do we do, what do we do, how can we make him happy?'”

Through a spokesperson, Kissinger disputed Trump’s account. “On foreign policy, you identify many key problems” Kissinger said of Trump. “I do not generally agree with the solutions. One-shot outcomes are probably not possible.”

Former Secretary of State Hillary Clinton, Trump’s likely opponent in the general election, has also touted support by Kissinger. “I was very flattered when Henry Kissinger said I ran the State Department better than anybody had run it in a long time,” she said at a Democratic debate in February, MSNBC reports. 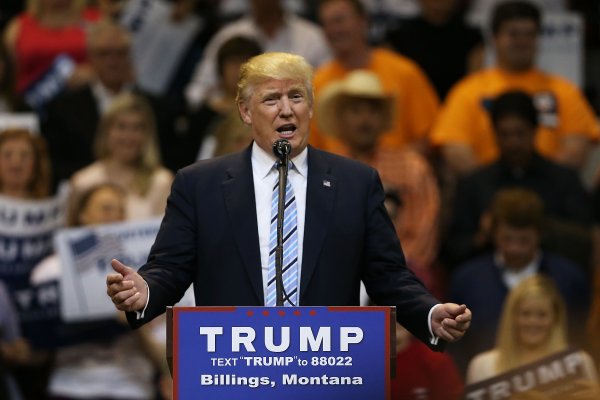 Donald Trump Said That Pregnancy is an 'Inconvenience' to Business
Next Up: Editor's Pick