If you only read one thing: A third party isn’t going to win the White House—at least not anytime soon. The two-party system is too entrenched in law and the minds of voters for it to happen. But that doesn’t mean that it can’t have an effect. In a close election featuring two unpopular candidates, the Libertarian Party is hoping to play a larger role, but rather than serve as a vehicle for ideas, it’s role may be spoiler. Essentially a protest vote, it could still have a decisive impact on the race if it can attract enough voters who would otherwise vote for the Republican, much like Ralph Nader’s 2000 race. It’s still too early to know for sure, and the party’s selection of Gary Johnson as its standard-bearer represents a missed opportunity to take advantage of a favorable political climate.

President Obama and Donald Trump each set aside the principle laid out by former GOP Sen. Arthur Vandenberg that “partisan politics at the water’s edge” as they addressed the effects of the U.S. presidential race on the global stage. Obama moved first, telling reporters Thursday that Trump was worrying foreign leaders and that the bombastic candidate’s proposals seem designed more for rewteets than substantive aims. Trump fired back that it was a good thing world leaders were concerned about him, saying that’s always an advantageous position. Hillary Clinton waded in later to argue that Trump is an “unqualified loose cannon,” as she seeks to disqualify his candidacy.

Donald Trump secured the 1,237 delegates needed for the GOP nomination Thursday, as the Republican Party’s awkward embrace of Trump continues. Some of Trump’s fiercest critics are now endorsing him, but it’s not Trump’s way to greet them with an open embrace, as he continues to mock them in his appearances on the stump.

Obama made a historic visit by a sitting president to Hiroshima to pay his respects at the Peace Park—the site of the dropping of the atomic bomb 71 years ago. Trump once argued pregnancy was “inconvenient” to employers. And Clinton can’t put her email questions to bed.

Can Libertarian Gary Johnson Be a Factor in 2016?
The perennial third-party dream is alive, TIME’s Alex Altman reports

In a Rare Occurrence, Obama Speaks His Mind About Trump for the World to Hear
Breaking with tradition, Obama and Trump speak out [Washington Post]

“If they are rattled in a friendly way that’s a good thing, not a bad thing.” — Donald Trump on concerns from world leaders about his policy proposals

“We have known the agony of war. Let us now find the courage, together, to spread peace, and pursue a world without nuclear weapons.” — President Obama’s inscription in the guest book at the Hiroshima Peace Park

Some Hispanics Face Ridicule Over Support for Trump [Associated Press]

Trump in 2004: Pregnancy Is an ‘Inconvenience’ to Employers [NBC] 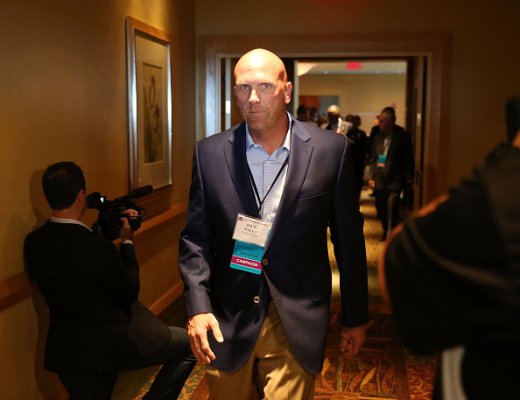