Jimmy Kimmel has emerged as this week’s most unlikely interlocutor in the frenzied dialogue of this campaign season. On Wednesday night, Donald Trump told the talk show host that he would “love to” debate Democratic presidential candidate Bernie Sanders — noting, in Trumpian fashion, that the televised program would “have such high ratings.” A day later, Kimmel asked Sanders his thoughts on the matter, and Sanders confirmed that he was on board.

“You made it possible for us to have a very interesting debate about two guys who view the world very, very differently,” Sanders told Kimmel Thursday night.

The Vermont Senator said that he hoped the proposed debate would be “in some big stadium here in California,” where, in less than two weeks, Sanders will face Hillary Clinton in the state’s important primary. (Three days ago, Clinton’s campaign announced that she would not participate in a Fox News debate between the two Democratic candidates.) 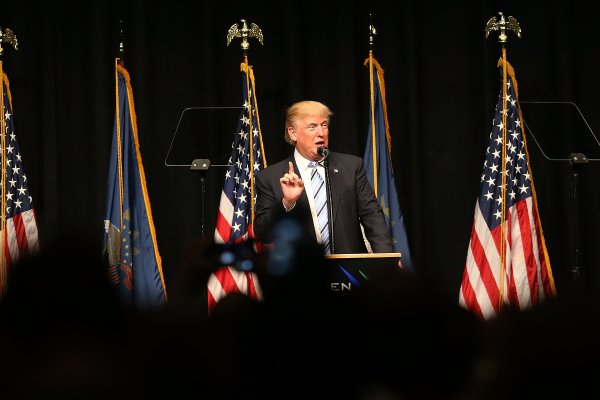