Riot police arrest a student during a march held to protest the slow pace of educational reform, in Santiago, on May 26, 2016
Claudio Reyes—AFP/Getty Images
By Casey Quackenbush

Student protests calling for education reforms in Chile erupted into violence Thursday when police tried to reroute the march.

Protesters, who were marching through the center of the capital Santiago, threw stones at police after refusing to take an alternative route, Agence France-Presse reports. Police deployed tear gas and water cannons to disperse the demonstrators. According to AFP, 117 people were arrested and 32 officers were injured in the clash.

The upheaval follows months of frustration with President Michelle Bachelet who has yet to realize promises of free public and university education. Demonstrators paraded posters proclaiming, “We are tired of waiting.”

Bachelet was elected to her second, nonconsecutive term in 2014, after pledging to implement free education in a country that has recently favored private education. But a stagnant economy has impeded these social reforms, the BBC reports.

Similar protests broke out on Saturday at the president’s annual state-of-the-nation address in Valparaiso, Chile’s second largest city. A security guard reportedly suffocated to death from the fumes of petrol bombs.

“They are growing and getting stronger,” Marcelo Correa, spokesperson for the national students’ group CONES, told CNN Chile. “If they do not listen to us we will give it everything we have got.” 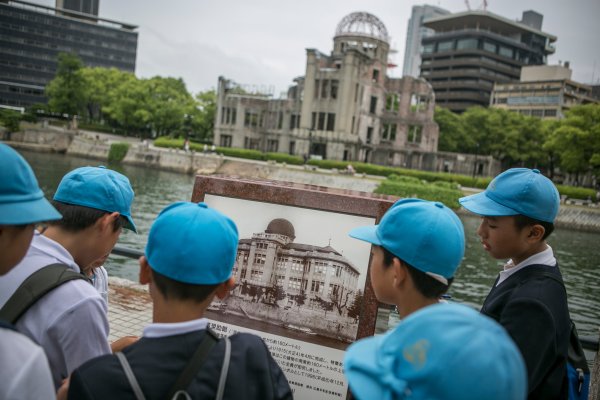 What My Japanese Grandfather and American Father Taught Me About Peace
Next Up: Editor's Pick