Hope Solo #1 and Carli Lloyd #10 of the United States celebrate after winning a match against Germany in the 2016 SheBelieves Cup on March 9, 2016 in Boca Raton, Fla.
Mike Ehrmann—Getty Images
By NBC News

The world champion U.S. women’s national soccer team asked a federal judge on Thursday to clear the way for it to strike over alleged pay inequities just two months before the start of the Summer Olympic Games.

U.S. District Judge Sharon Johnson Coleman, who heard arguments in Chicago from lawyers for the players’ union and for the U.S. Soccer Federation (USSF), didn’t say when she might rule, The Associated Press reported.

The hearing came on the same day that the U.S. Senate passed by voice vote a non-binding resolution calling on the USSF to “immediately end gender pay inequity …” 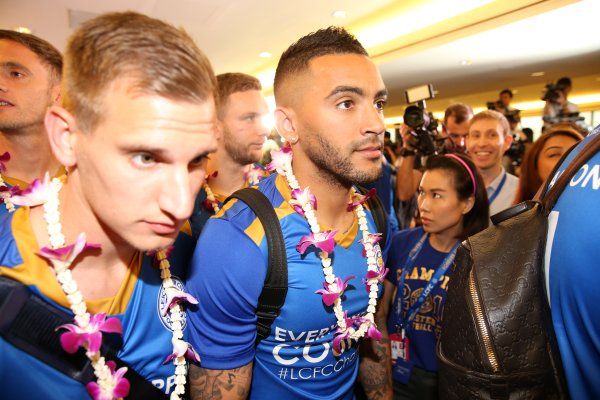 Leicester Land in Thailand in Triumph
Next Up: Editor's Pick