Another Member of Congress Just Fell in Line Behind Donald Trump

Rep. Ryan Zinke of Montana became the latest member of Congress to endorse Donald Trump on Wednesday, adding to the presumptive Republican nominee’s support as he prepares for the general election.

“Today I’m endorsing and supporting Donald J. Trump for President of the United States of America,” Zinke said in a statement. “We need a businessman who will not accept Washington’s business as usual. America is going broke while Washington, D.C., booms.”

Trump still has scant support among members of Congress and members of his own party, who have called him unpredictable, bigoted and unfit to be president. The last two Republican presidents, George H.W. Bush and George W. Bush, as well as the last Republican presidential nominee, Mitt Romney, have refused to support Trump.

Still, members of Congress are beginning to come to terms with Trump’s candidacy. Sen. Bob Corker of Tennessee met with Trump in the last week and Sen. Lindsey Graham, who has virulently denounced Trump as a “race-baiting, xenophobic, religious bigot,” held a phone call about foreign policy with the likely nominee.

According to data collected by Roll Call, Trump has the endorsement of 12 members of Congress, including Sen. Jeff Sessions of Alabama.

But former Florida Gov. Jeb Bush, who dropped out of the race in February, still has more endorsements than Trump.

Zinke will introduce Donald Trump at a rally in Billings on Thursday, May 26th. Trump clinched the Republican nomination with enough delegates this week. 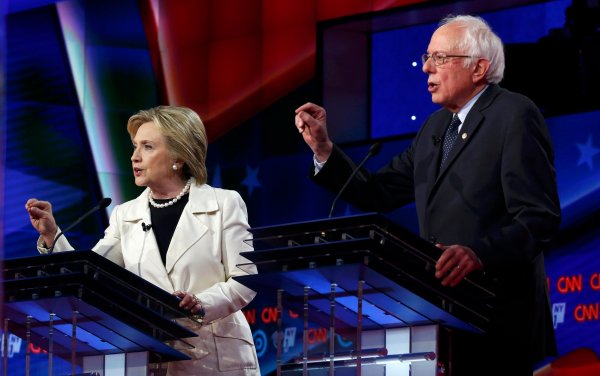 Bernie Sanders and Hillary Clinton in California Dead Heat
Next Up: Editor's Pick