Presumptive GOP presidential nominee Donald Trump explained his past support for Hillary Clinton as part and parcel of a larger strategy of supporting any politician who asked for help during an appearance on Jimmy Kimmel Live! Wednesday.

“When I’m a businessman… I speak well of everybody,” he said. “If people ask me about politicians, I speak well.”

Kimmel summed up Trump’s answer, asking if he was “full of shit” when he supported Clinton in the past. Trump, who has given similar answers to the same question in the past, nodded and replied, “A little bit. Maybe a little bit.” 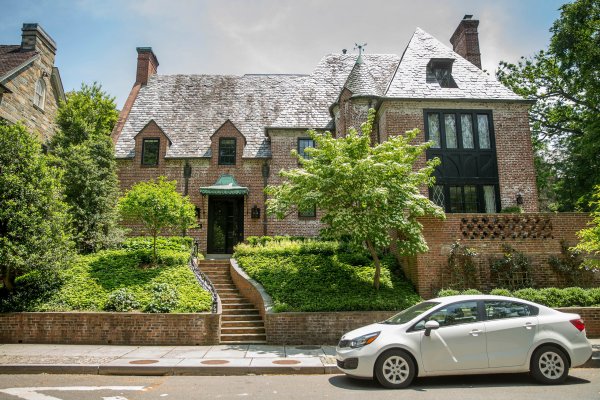 This is Where the Obamas Will Move After Leaving the White House
Next Up: Editor's Pick