Real estate circles buzzed Wednesday over reports that President Obama and first lady Michelle Obama have decided to lease this nine-bedroom mansion in Washington's Kalorama neighborhood when he leaves office in January 2017. The home sits on a quarter-acre lot just down the road from the Naval Observatory, the vice president's official residence.
Andrew Harnik—AP
By Justin Worland

The Obamas will move to a nine-bedroom home in the Kalorama neighborhood of Washington D.C. after leaving the White House in 2017, according to reports.

The family will rent the 8,200-square-foot home while President Obama’s daughter Sasha finishes high school in the nation’s capitol. The home is owned by Joe Lockhart, a Democratic Party insider who now serves as an executive at the National Football League, and his wife Giovanna Gray Lockhart, a Glamour editor.

The location in Kalorama is a popular spot for many of the city’s wealthy and already features a large security presence to protect the many diplomats who call it home.

The news, first reported by Politico, comes less than a month after the White House announced that the Obama’s oldest daughter Malia will attend Harvard University in the fall after taking a gap year. 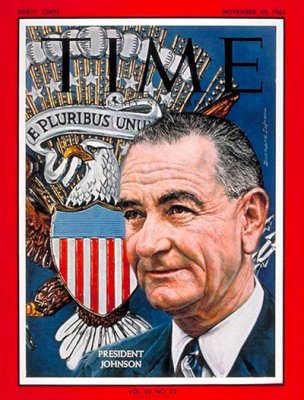 Before Watching 'All the Way,' Read These Reports from LBJ's First Year in Office
Next Up: Editor's Pick