The Weeknd and Belly Cancel Kimmel! Performance Over Trump

Rapper Belly and singer The Weeknd canceled a performance they were scheduled to record in Los Angeles Wednesday for Jimmy Kimmel Live! because presumptive Republican nominee Donald Trump was a guest on the show.

The two musicians were slated to perform Belly’s track “Might Not,” on which The Weeknd is featured, but Belly told the AP he didn’t feel comfortable appearing on the same show as Trump.

“I feel like the way I was raised was to be able to see through all the titles in this world — from religion to race,” Belly said in a statement. “I just didn’t want to feel like I was a part of a celebration for somebody who has beliefs that majority of us don’t agree with.”

Belly continued to say that as a Muslim, he loves the ability to be and work in America. Trump has proposed to ban Muslims from entering the U.S.

“To play my part in this business is a privilege and a beautiful thing,” Belly said in the statement. “The fact that I could lose that ability through the actions of someone such as Donald Trump isn’t right to me. At all.” 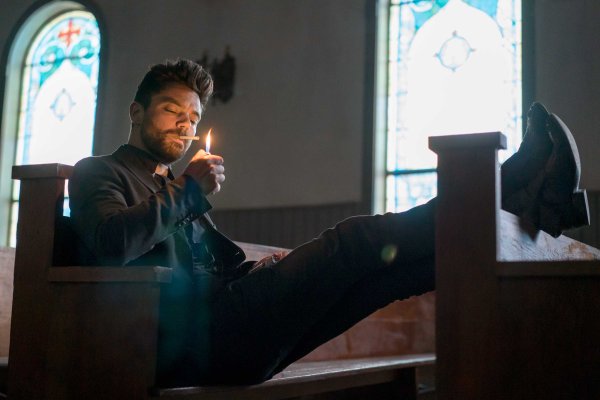 Preacher and Outcast Lift Faith and Fear from Comics
Next Up: Editor's Pick