How Bernie Sanders Feels at the End

If you only read one thing: A campaign headquarters says a lot about a campaign. The 2016 race is one of opposites—a sense no better explained than by how the campaigns are organized. A cubicle-farm with a fast-growing start-up feel hints at a campaign that may be growing too bureaucratic. A dusty backroom filled with necktied youth riding on gold-plated hover boards points to potential amateurism. Check out the photos.

Bernie Sanders never expected to get this far, now he won’t go away. With Hillary Clinton set to clinch the nomination on June 7, Sanders is calculating his price for party unity, and for Clinton, the stakes couldn’t be higher. In an interview with TIME, Sanders reflected on his sudden rise and bristled at the reality that his campaign is coming to a close.

After weeks of turmoil, the fight over control of Donald Trump‘s presidential campaign got a lot more stilted Wednesday when the campaign announced the dismissal of political director Rick Wiley, the former Scott Walker campaign manager who was a key hire of Trump campaign chairman and strategist Paul Manafort. Manafort and Trump campaign manager Corey Lewandowski have been engaged in a turf war since the minute Manafort joined the campaign to help Trump secure the nomination, but Lewandowski has maintained Trump’s ear—by catering to the candidate’s combative instincts and remaining in close proximity. Wiley’s departure is already raising additional doubts about the ability of the GOP to unify around Trump, as the hiring of the former RNC political director was an overture toward the Republican establishment. Meanwhile, Trump’s criticism of Republican Gov. Susana Martinez, the chair of the Republican Governors Association, is drawing Walker and other top GOP lawmakers to her defense, further prolonging efforts to bring the party together. The comments came as part of Trump’s 2016 grudge tour, in which he may have locked in the nomination, but he’s not done insulting those who’ve yet to back him.

Clinton’s e-mail troubles intensified Wednesday with the release of a State Department Inspector General report detailing policy violations by Clinton and her top aides, as well as revealing for the first time the security challenges posed by her private server. Clinton’s team responded to the report saying it also criticized other past office-holders in the “they also did it” defense, but she’s the only one running for president—and it’s not going away anytime soon.

Trump plans to bring back the scandals of the 1990s. A top Trump aide describes how Trump wants to govern. And the floppy disks that can destroy the world.

Donald Trump’s Top Adviser: ‘This Is Not A Hard Race’
Paul Manafort explains why his boss is “gonna win,” no prob. [Huffington Post]

Donald Trump’s 2016 Grudge Tour
Rivals may be vanquished, but not from his stump speech [TIME]

“He needs an experienced person to do the part of the job he doesn’t want to do. He seems himself more as the chairman of the board, than even the CEO, let alone the COO.” — Trump campaign chairman Paul Manafort on Trump’s VP selection

“This politics is a dirty business, I have to tell you. And I’ve never seen people able to pivot like politicians.” — Trump criticizing former Texas Gov. Rick Perry, a critic-turned-endorser

Joel Stein: How Trump Went Mainstream (and You Can Too!) [TIME] 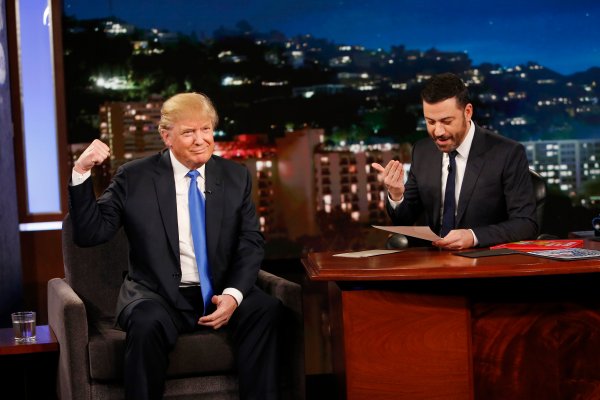 Donald Trump Explains Why He Supported Hillary Clinton
Next Up: Editor's Pick