Trump and Sanders Say They'll Debate Each Other

Donald Trump and Bernie Sanders have agreed to debate each other in advance of the California primary.

Trump, the presumptive GOP presidential nominee, said on Jimmy Kimmel Live! that he would debate the underdog in the Democratic race so long as the debate’s proceeds were donated to charity. Sanders replied shortly after on Twitter agreeing to the idea.

Whether such an unorthodox debate will actually happen remains an open question. Democratic frontrunner Hillary Clinton had previously declined Sanders’ request for a debate in the state, and Trump may not have been serious. 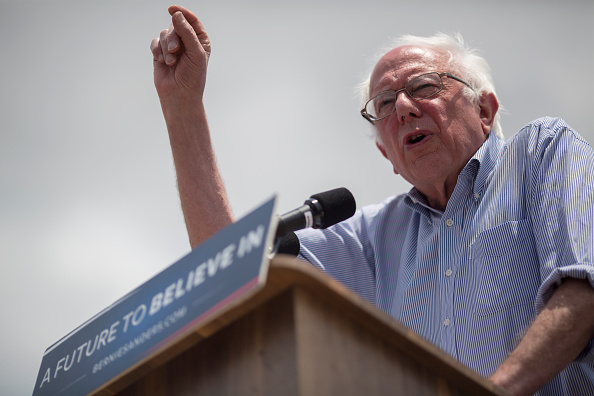 Q&A: Bernie Sanders on the Future of the Democratic Party
Next Up: Editor's Pick