Venezuela Goes from Bad to Catastrophe

No more Coca-Cola for Venezuela–there’s not enough sugar. Diet Coke is still around–until the country runs out of aspartame–but the disappearance from store shelves of an icon of globalization is the latest blow for an economy on the edge. In April, the country’s largest private company, Empresas Polar SA, which makes 80% of the beer that Venezuelans consume, closed its doors. The government now rations water, so Venezuelans have begun stealing it from tanker trucks and swimming pools.

Electricity is also in short supply, and President Nicolás Maduro has ordered public offices to conserve energy by remaining open just two days a week. An ongoing drought only makes matters worse. About 65% of the country’s electricity is generated by a single hydroelectric dam that’s now in serious trouble. Blackouts, scheduled and otherwise, have become common.

This isn’t just bad luck. Supermarket shelves are often empty, in part because price controls have discouraged production of staples, and Maduro is threatening to seize closed factories and nationalize them.

Then there is the government’s oil addiction. Venezuela depends on oil for about 96% of export earnings and nearly half its federal budget. When prices were high, policymakers could have created a rainy-day fund. Some of that money went toward lifting poor people from poverty, but much was stolen: Venezuela is the most corrupt country in the Americas and the ninth most corrupt in the world, according to Transparency International. To balance its budget, Venezuela would need to sell oil for $121 per barrel, more than twice the current price. The inflation rate is expected to hit 481% by year’s end and 1,642% by next year.

It’s no surprise Venezuelans are angry. There are 17 demonstrations per day across the country on average. That discontent helped an opposition alliance win control of parliament in December for the first time in 17 years. Maduro’s approval rating is at 26%, and 70% of Venezuelans want him removed from office. The opposition needed 200,000 signatures to trigger a recall referendum. It got 1.85 million.

Maduro’s remaining allies know they have an out: Venezuela’s constitution stipulates that if the President is ousted within the final two years of his term, he is replaced with his Vice President, not by a new election. Unless a dangerous public uprising forces the issue, the government will stall to ensure that one of its own takes Maduro’s place.

But this is all a sideshow. Maduro is a symptom, not the cause, of Venezuela’s problems. Until the country has a government that can build a sustainable economic system, its misery will only deepen. 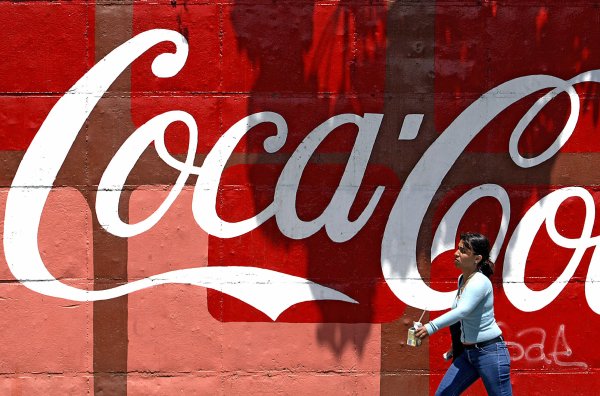 Coca-Cola Halts Production in Venezuela Over Lack of Sugar
Next Up: Editor's Pick