The Writer Who Helped Disney Heroines Find Their Inner Feminist

Some time after screenwriter Linda Woolverton proposed the idea of a live-action fairy tale based on Lewis Carroll’s Alice’s Adventures in Wonderland back in 2006, she found herself paralyzed by the weight of the endeavor. Strolling through London during a visit that Christmas, she came upon a bust of the author. “I kind of … spoke to the bust,” she says, a little bashful. “I asked his permission because I was feeling very intimidated–like, Oh, my God, Linda, really?”

It might come as a surprise that a moment of profound doubt afflicted someone with an unassailable track record: Woolverton, now 63, was the first female screenwriter to write an animated Disney feature, 1991’s Beauty and the Beast. It was the first animated feature to receive an Oscar nomination for Best Picture. And her 2010 reimagining of Alice in Wonderland, directed by Tim Burton, would make her the first female scribe behind a billion-dollar movie.

Its success led to a sequel: Alice Through the Looking Glass, out May 27. Though its name derives from Carroll’s 1871 sequel, its plot sprang from Woolverton’s imagination. Alice (Mia Wasikowska), now a sea captain, returns to Underland (Woolverton’s take on Wonderland), where Johnny Depp’s Hatter grows ever madder as he pines for his long-since-vanished family.

Woolverton always wanted to write, but it wasn’t until her mid-30s that she set her sights on film. She grew up doing children’s theater in Long Beach, Calif., then founded her own company after college. She wrote for children’s shows like My Little Pony and published two young-adult novels. On a Friday in 1987, she left one with a receptionist at Disney. By Sunday she’d landed an interview.

Part of Woolverton’s interest in Carroll’s work was in how ahead of his time he was. “He was talking about things that theoretical physicists are talking about now,” she marvels. (Several concepts in the field, like the Alice universe, are named for Carroll’s unconventional notions of space and time.) At Disney, Woolverton too spoke a language of the future. Her arrival closed the door on an era of passive princesses and opened a new one to more feminist fare. Or, as she puts it, “I kicked that door down.”

Disney, she says, “didn’t know what they were dealing with when they brought me on.” Shaped by the women’s-liberation movement, she was determined with Beauty and the Beast to create a heroine who could see beyond the end of her hairbrush. She met with resistance at first. A scene that showed Belle sticking pins into an aspirational travel map was rewritten with Belle decorating a cake. Woolverton fought this change–and a host of others–and her heroine emerged as Disney’s first princess more at home in a library than in front of a vanity. The film earned $425 million worldwide.

Had Woolverton acquiesced, an entire generation would have grown up with a less empowered role model. In a culture where the social impact of Disney princesses is fodder for academic studies, it’s no small burden. “I feel an enormous responsibility,” she says. “But if you depict girls and women in roles we’ve never seen before”–say, for example, a sea captain–“then it becomes an assumption for younger generations.”

Since Alice’s astronomical haul, Disney has made or announced plans to make live-action reboots of nearly all of its classic animated films, from 2014’s Sleeping Beauty spin-off, Maleficent (also written by Woolverton), to Cinderella (2015) to this season’s box-office beast The Jungle Book. Like Woolverton’s Alice stories, most feature independent female protagonists.

While Disney executives reap their box-office reward, Woolverton thrills to the future of the idiosyncratic live-action heroine. She draws a straight line from Alice to another Disney heroine who’s been a cosmic success: Jedi disciple Rey of Star Wars: The Force Awakens. “It was an industry wake-up call,” she says. “I was told girls will see boys’ movies but boys won’t see girls’ movies. Alice changed that.”

Now Woolverton’s first screenplay is up for reinvention: a live-action Beauty and the Beast is slated for release next March. Woolverton, who is not involved, just hopes that Belle–to be played by Emma Watson–makes the transition without losing her edge. As for the leading ladies she has yet to think up, she doesn’t care whether they emerge from a womb or an animator’s hand. “However you want to manifest it, that’s O.K.,” she says. “I just write the story.” 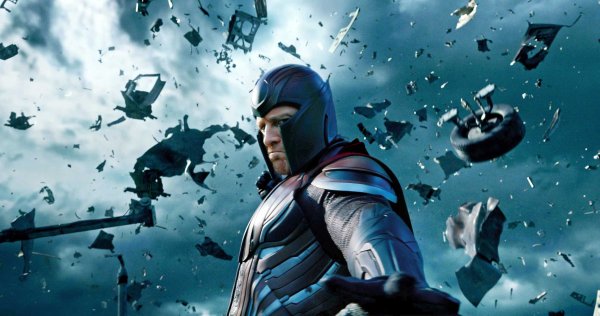 The X-Men Cede to Special Effects As the Franchise Faces an Absurd Apocalypse
Next Up: Editor's Pick