A girl wearing a mask attends a gathering in Jakarta on May 4, 2016, for the victim of brutal rape and murder in Indonesia
Xinhua News Agency/Getty Images
By Simon Lewis and Yenni Kwok

Indonesian judges can now force men who commit sexual offenses against children to be chemically castrated, after President Joko Widodo issued an emergency decree in response to what he called a “crisis” of sexual violence against children in the country.

The move comes after a teenage girl was gang-raped and murdered by a group of 14 men and boys while walking home from school in Bengkulu province, in Sumatra, in early May. The attack outraged women’s-rights activists and led to calls for the government to show urgency in responding to sexual violence.

The New York Times reports that Jokowi, as the President is widely known, signed a decree Wednesday that amended the country’s 2002 child-protection law, giving judges discretion to sentence those convicted of sexual offenses against children to chemical castration.

Read More: The Rape and Murder of a Schoolgirl Has Brought Indonesia’s Culture of Sexual Violence Into Focus

“This regulation is intended to overcome the crisis caused by sexual violence against children,” Jokowi told reporters, according to Agence France-Presse (AFP). “Sexual crimes against children are extraordinary crimes, because they threaten the lives of children.”

The decree also allows judges to require convicts to wear electronic tags after they are released from prison, and extends the maximum penalty for child sex offenses to death, AFP reports.

The move to allow chemical castration has been criticized as a blunt measure to deal with the complex societal problem of sexual violence.

“Chemical castration is in fact a therapy that is a form of rehabilitation, not a way to be cured,” Mariana Amiruddin, head of the National Commission on Violence Against Women, said in a Facebook post. 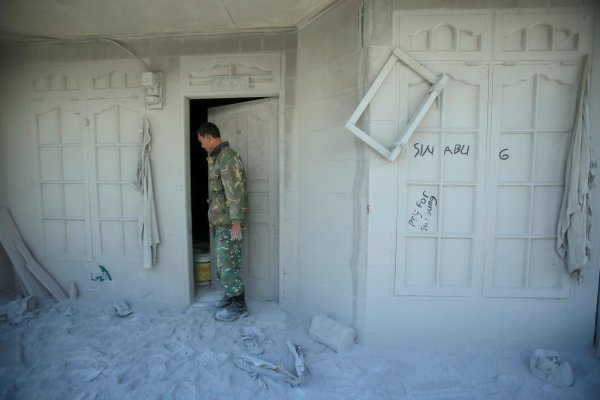