France Could Be Immobilized by Massive Protests Over Labor Law Reforms

At 28, Godefroy Guibert has only just begun his working life, teaching high school economics to teenagers barely a decade younger than himself. Yet despite having a long career ahead of him, the tall, bearded Parisian knows exactly what he will be doing and how much he will be earning 20 years from now — not to mention when he retires sometime in the 2050s, with a generous state pension. “I have a job for life,” he says proudly, standing one blustery afternoon in a crowd of protesters, faced by a phalanx of riot police, outside the offices of the French business federation Medef. “When you have a job for the state, like a teacher, you cannot be fired.”

Read More: It Is Now Illegal to Pay for Sex in France

That is precisely the problem, according to French government officials and companies. Since March, proposed labor reforms aimed at loosening the vast labyrinth of labor regulations — contained in France’s 3,689-page “Work Code” — have sparked the most explosive political battle in more than 10 years, with mammoth street protests, strikes and violent clashes with police. After weeks of protests and sit-ins, the government finally rammed the bill through parliament without no vote on May 10, over the objections of millions of regular French — who have long enjoyed watertight labor protections — and to the fury of many lawmakers within the ruling Socialist Party.

That has tipped the argument into a full-blown labor crisis that now threatens to wreak havoc on the world’s sixth biggest economy.

Read More: Air France Is Letting Its Female Crew Members Opt Out of Flying to Iran

Since Monday, union activists have blockaded some French oil refineries, burning barricades and battling police, and leaving about one-third of French gas stations without fuel. Union leaders have called a national strike in multiple industries for Thursday, including at nuclear power plants, which provide most of France’s electricity. “Towards total paralysis?” asked Le Parisien newspaper on its Wednesday’s cover, showing long gas lines.

The answer, for now, could be yes. That’s because neither side shows signs of backing down. Pitted against each other is a government desperate for a better economy; and millions of French workers and young people, who graduate from high school or college this month, and who have always taken for granted their right to lavish benefits and iron-clad job protection.

Similar labor laws have been loosened during recent years in other big European economies, including Spain and Italy, jump-starting their economies after deep recession. But in France, victory has become, for each side, a do-or-die test of survival.

Prime Minister Manuel Valls told a radio show on Tuesday, “We are not going to change the bill because then we would not be able to reform the country.” Likewise, Philippe Martinez, secretary general of the hard-line CGT union that has spearheaded the strikes, said on television on Tuesday, “We are determined to take this to the end, to have the labor law repealed.”

That seems unlikely — or at least, that is what the government so far says. For President François Hollande, the stakes in winning could hardly be higher. Perhaps rashly, Hollande has said he will not stand for re-election in next April’s vote if he fails to reduce the near-permanent unemployment rate of nearly 11% (and double that for youth), and if he fails to raise economic growth from its current near-zero rate. France’s public debt is also 96% of its GDP — Germany’s is closer to 70% — and its deficit is about 3.6%. Economists largely blame the weak economy on the restrictive labor legislation, including laws obligating companies to pay huge taxes for each employer, and which bind them to their staff, no matter the economic conditions. Under current law, it can take years for a company to fire someone, with special labor courts sometimes awarding settlements of up to hundreds of thousands of euros to one laid-off employee.

In a mass movement that has increasingly overlapped with the union actions, thousands of young people have occupied Paris’ large square, the Place de la République, and other public spaces, in what they call the Nuit Debout (Night, Standing Up). Many slept for weeks in the square, in what resembled a kind of hippie encampment, until police forcibly broke up their sit-in in mid-April. Since then the organizers have held regular demonstrations and discussions in the square.

The organization has tapped a groundswell of frustration for a generation that has hit the job market in an age of recession and limited opportunities. Those lucky enough to find work are almost all hired on temporary contracts that last just a few weeks or months, because businesses are loath to get locked into a permanent relationship. “It can take five or 10 years before we get a CDI [permanent work contract],” says Guibert, the schoolteacher, who is on the Nuit Debout Political Economy Commission, which has held seminars about French economy and law for hundreds of youth in the square. “We do not know how to maintain this system.”

The new labor law — a mere 588 pages long — would allow businesses to negotiate their own employment conditions with new hires, giving them the ability to cut jobs during hard times and to lengthen working hours beyond the 35-hour workweek, which is enshrined in French law. “The cost of labor is very high in France,” says economist Marc Touati. “We have to liberate the employment market.” Yet despite the current turmoil, Touati believes that the workers will not back down, especially since in the short term, even those without jobs get by, thanks to generous unemployment benefits, public health care and other social protections.

It’s precisely those benefits that the French dread losing. Guibert believes one solution is to have each worker work less, encouraging companies to hire more people. “If everybody worked less so more people could work,” he says. “And you know in France the productivity of each worker is very, very high, so it is really not a problem if people work less in France, I think.”

Yet any tweaks to the current system will involve a prolonged fight, as the recent actions show. To union activists, the new labor law spells the unraveling of rights they have fought for over generations. Many see the U.S. as an example of what they seek to avoid: a labor system with few legal protections and with no national law mandating paid vacation.

By contrast, salaried French workers enjoy a minimum of five weeks’ paid vacation under law. Eroding those benefits would lead to a “dog eat dog” competition, says Alisdair Gould, the CGT union rep at the high school where he works. “The lack of national conventions of pay and conditions will mean your pay, your holiday entitlements, may vary and deteriorate,” Gould told TIME in an interview. “Job insecurity is individually and collectively demoralizing.”

To many in France, that is worth fighting an all-out battle — even if it means weeks more of turmoil. About 60% of French oppose the more flexible labor laws, according to opinion polls. Even so, about the same percentage say they would like the union action to stop. And as the strikes and protests drag on, the government believes it will be able to win over the public. That is a risky gamble, however. A poll released late Wednesday showed that 69% of French people would prefer the government to back down, rather than have the country grind to a halt.

Left unsaid, however, is whether Hollande’s new measures would successfully kick-start France’s economy even if he is able to push them through. Some fear that even if the government succeeds in implementing the new laws, the reform might well prove insufficient for what France truly needs.

“We need shock therapy, and they [the government] only gave us Doliprane,” says the economist Touati, referring to a common French painkiller. He says the months of battle on the streets have left him deeply dispirited, believing that workers will never agree to the wide-reaching reforms the economy needs, in order to compete globally. “France is not reformable,” he says. “The only economic culture is class warfare.” 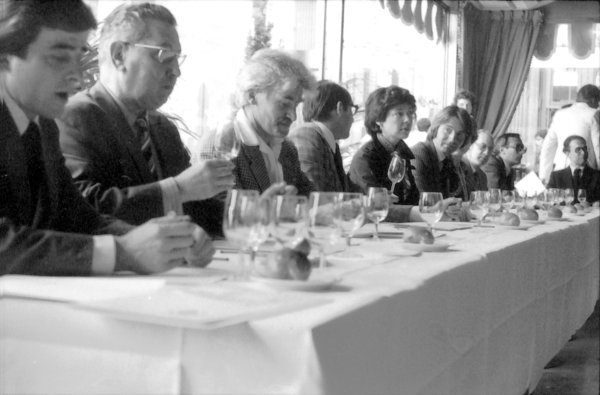 How America Kicked France in the Pants And Changed the World of Wine Forever
Next Up: Editor's Pick