Some Israelis say he sows “the seeds of fascism.” Others insist he’s more “pragmatic” than you’d think.

Avigdor Lieberman, the Soviet-born, West Bank-settled politician, has just been named as Israel’s next defense minister. His agreement to join the cabinet of Prime Minister Benjamin Netanyahu is rattling many in the Middle East but is being hailed in Israeli officialdom as an important step toward a broader and more stable governing coalition.

As a student at Jerusalem’s Hebrew University, Lieberman was a bouncer at a student night club, later becoming its manager. When he entered the Israeli politics in 1988, it was as a loyal protégé of Netanyahu, a then-ascendant leader of the Likud party nearly ten years his senior. Lieberman would go on to serve as Netanyahu’s chief of staff in 1996, seeming to his critics to bring along some of the strong-armed tactics of the job that helped him through college and the less-than-democratic society in which he grew up.

But just a year after holding that key position during Netanyahu’s first term as prime minister, Lieberman resigned in protest over his boss’s acquiescence to a U.S.-brokered, Israeli-Palestinian agreement known as the Wye River Memorandum. Instead, Lieberman decided to break out on his own and form the Yisrael Beiteinu party – or “Israel is Our Home” – aimed at over a million immigrants from the former Soviet Union. An existing party of Russian émigrés led by former refusenik Natan Sharansky was not nearly as hawkish as Lieberman, who was then vehemently opposed to the land-for-peace formula embedded in the 1993 Oslo Accords.

While Sharansky’s once-formidable party has since disappeared from the political stage, Lieberman’s has continued to grow. In fact, Lieberman just repaid voters in his Russian-speaking constituency by winning attractive pension benefits for his supporters as part of his price for joining Netanyahu’s coalition, which has been ruling for a year with a unstable majority of 61 out of 120 seats in the Israeli parliament.

Lieberman most recently served as Israel’s Minister of Foreign Affairs (2009-2015), but putting him in the defense ministry spot, a particularly important one in this conflict-saddled region, is a hard sell abroad. He is currently advocating for the death penalty for terrorists – although only for Palestinians who kill Israelis, not Israelis who kill Palestinians. He has proposed a solution to the conflict that would strip some of Israel’s Arab population of their long-standing citizenship, a program dubbed “transfer” because citizens would be like undesirable pawns transferred to areas under the control of the Palestinian Authority.

Lieberman has continued to question the loyalty of Palestinian citizens of Israel, who make up 20% of the population, and has campaigned to make them sign a loyalty pledge or have their citizenship revoked. Last month, he said Hamas leaders in Gaza should prepare their coffins if they don’t hand over the remains of Israeli soldiers.

“As I see Mr. Lieberman, there’s a big distance between his positions and how he behaves when in office,” says Dr. Shmuel Sandler, a political scientist at Bar-Ilan University who has closely followed Lieberman’s career. “I don’t see him as an ideologue,” Sandler adds. “Ultimately he’s a very pragmatic guy. I can see him as another Ariel Sharon.”

A comparison to Sharon, the controversial Israeli general-turned-Prime Minister who died in 2014, doesn’t exactly inspire confidence here and abroad that Lieberman would forge a moderate path. But Sharon is remembered by Israelis for pulling Israeli troops and settlers out of Gaza in 2005, ditching his Likud party to do so. And like Sharon, Lieberman is a secular politician for whom religious ideology is of passing importance. Unlike the three Orthodox Jewish parties already in Netanyahu’s cabinet, Lieberman views the idea of a God-given Promised Land is an antiquated concept.

That ought to make him more open to a territorial compromise between Israeli and Palestinians. Indeed, his supporters point out, he’s said that he’d be willing to evacuate his home in the West Bank settlement of Nokdim if a real peace were in the offing.

“He’s been criticized for advocating transfer. But if you take his idea at face value, he’s saying he’ll make a deal along the 67 lines, plus land swaps,” says an Israeli government source who has worked closely with Lieberman, referring to Israel’s borders in 1967, before it occupied the West Bank and other territories in the Six-Day War. “That means he’s accepted a two-state solution. But sure, he’s said things that are problematic. Sometimes he plays into his own caricature.”

Ashley Perry, who served as an advisor to Lieberman for six years (2009-2015), says that his former boss is often unfairly maligned. “I worked with the foreign media, and if I spent my time correcting all the inaccurate statements about him, I would never have slept,” he says. Lieberman’s straight-talk wins points in some corners, says Perry. “A lot of people think he talks honestly, and there’s a respect for that, including in many Arab capitals.”

In the de facto Palestinian capital, the West Bank city of Ramallah and seat of the Palestinian Authority, Lieberman’s frankness means it will be trickier for Netanyahu to don a mask of moderation.

“Netanyahu had a lot of other alternatives that he didn’t choose,” notes Barghouti, in particular bringing in the Labor Party led by Isaac Herzog. “Lieberman has already caused a lot of embarrassment to Israel, and now he will be leading the army.”

Netanyahu says the move stabilizes his government, but it may just be the rockiest transition in history. Former Israeli prime minister Ehud Barak warned that the move seemed to be sowing fascism. Lieberman now must step into the shoes of the outgoing defense minister, Moshe Ya’alon, who quit last Friday saying he had lost all faith in the Prime Minister. 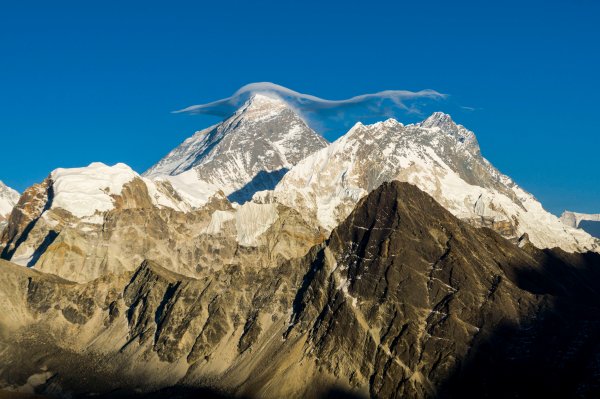