A group of eleven states filed a federal lawsuit Wednesday challenging Obama administration rules that instruct public schools to allow transgender students to use whichever bathroom they like.

The lawsuit was filed in the U.S. District Court for the Northern District of Texas, according to the Washington Post. Those suing the Obama administration are the states of Texas, Georgia, Alabama, Wisconsin, West Virginia, Tennessee, Oklahoma, Louisiana, Utah and Georgia, as well as Maine Gov. Paul LePage and Arizona Department of Education.

Texas Gov. Greg Abbot announced earlier in the day that the state planned to sue. The Republican made the announcement on Twitter.

The federal guidelines were announced May 13 after intense debate over a North Carolina bill that called for people to use the bathroom that corresponds with the gender they were assigned at birth.

Obama’s directive was met with resistance from Republicans, including Texas Attorney General Ken Paxton who threatened a lawsuit almost immediately after the announcement, according to Reuters. 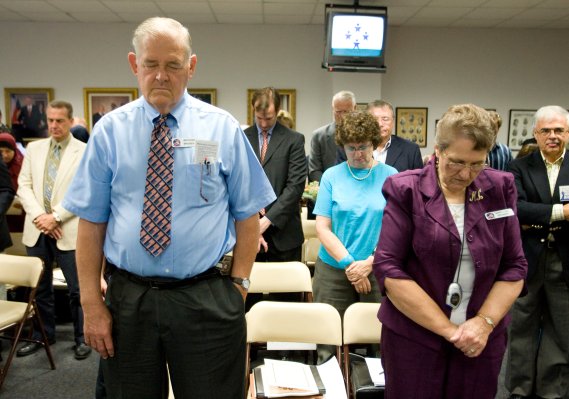 Teacher Who Called Obama a Gay Prostitute Loses Board of Education Race
Next Up: Editor's Pick