Taiwan's President Tsai Ing-wen gives a speech during her inauguration ceremony in Taipei on May 20, 2016
Tyrone Siu—Reuters
By Daniel White

A Chinese military official sparked controversy Wednesday after penning an article criticizing Taiwan’s first female president for not being married.

Wang Weixing of the Academy of Military Sciences in Beijing posted Tuesday, calling Taiwan’s Tsai Ing-wen a “single woman politician” and suggesting that she was “extreme” and “emotional” because she does not have a husband.

Many in China denounced the article as sexist, according to a New York Times report, and it was removed from major news sites. The move could be a public relations nightmare for the Communist Party as it pushes for reunification with Taiwan.

Tsai took office Friday and looks to take a more cautious approach to mainland China than others before her, according to the Times. 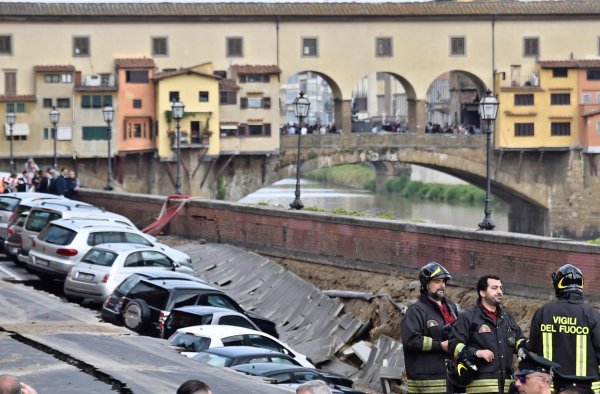 Sinkhole Engulfs Dozens of Cars Along Italian Road
Next Up: Editor's Pick