Hillary Clinton is just like us — meaning that even she’s not immune to the draw of Beyoncé’s visual album, Lemonade.

The Democratic presidential candidate answered a question submitted by Taylor Swift asking if she had seen Lemonade and if she liked it, during an appearance on The Ellen DeGeneres Show. Clinton wasted no time in letting the audience know that she had seen parts of Lemonade and that she’s a big fan.

Clinton later played a game of “Who’d You Rather?” with host Ellen DeGeneres to find potential vice presidents and chose to keep Beyoncé as a possible running mate over other potential candidates like Leonardo DiCaprio, Drake, and Bradley Cooper, citing that she believed in “making lemonade out of lemons.”

Watch the full clip of “Who’d You Rather?” below. 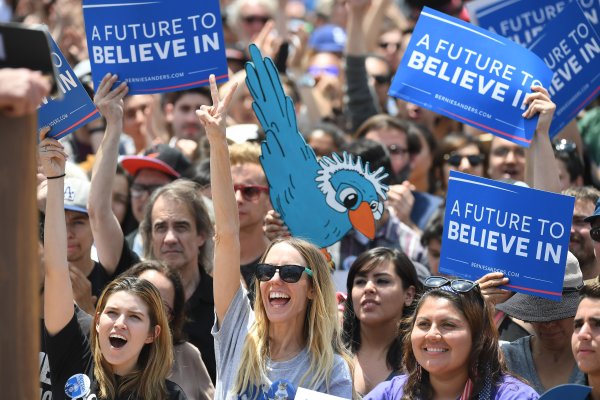 What the Candidates' Rally Music Says About Them
Next Up: Editor's Pick