This Is How Happy Alcohol Makes You, Researchers Say

Everyone knows drinking too much can be bad for you—but that public health discussion doesn’t usually take into account how much fun it is to throw back a bottle of beer. So a group of researchers in the U.K. set out to quantify the happiness boost you get from a glass of rosé or a well-made Old Fashioned.

Researchers used an app called Mappiness, created by the London School of Economics, to survey 31,000 users on their happiness at random points several times a day, on a scale of 1 to 100. They found that when users were drinking, their happiness increased by 10.79 points, the Washington Post reports. Since drinking often occurs when other pleasurable events are going on (like socializing with friends), they controlled for those outside factors to find an increase of 4 points—a significant amount, according to the researchers.

Intriguingly, the researchers found, “Drinking had the greatest impact when it came alongside otherwise unenjoyable activities (traveling/commuting, waiting), and only increased the happiness of already enjoyable activities by smaller amounts (socializing, making love).” While alcohol did boost happiness in the short term, it was not shown to make users more content in the long term.

The researchers believe this information should be kept in mind when policy makers seek to address alcohol abuse, since wellbeing plays a large role in people’s decision to drink. 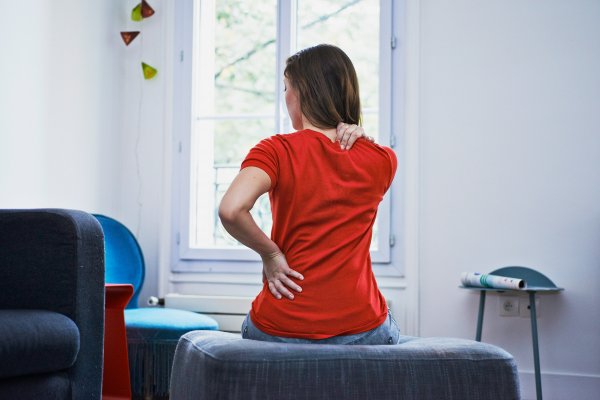 How to Get Better Posture in 3 Weeks
Next Up: Editor's Pick