“I was just nine years old, I’d see 20 to 40 corpses every day”, recalls Enrique Metinides, sitting stiffly in front of a black backdrop looking into the camera. Since the turn of the century, the Mexican photographer, who dedicated his career to “La Nota Roja”, the accident and crime beat, has seen his work transcend the pages of local tabloids and enter the international art world. Amongst those who both facilitated and interrogated his rise in notoriety, is Trisha Ziff. She worked with him on the book 101 Tragedies of Enrique Metinides and an exhibit that toured in New York and Arles amongst other major cities. After spending years immersed in his images, she turned her attention to the man himself and the context that enabled him to thrive.

“A film allows you to go way beyond the physical photograph and tell another kind of narrative. There’s a freedom because the walls disappear and you can go in several directions,” says the British curator and filmmaker currently residing in Mexico City. Though Metinides is the spine of the movie, he’s also a means to an end, an entry point into a much broader discussion about the place of the tragic in media and in the arts. A street newspaper vendor reflects on the ever-growing sensationalism of covers, a shoe-shiner reveals that some of his clients hide the fact that they’re reading the tabloids by dissimulating the pages behind a more respectable publication, hoping to keep up appearances.

“Metinides took a photo of a girl who looses her hand in a mincing machine,” says Ziff. “Thirty years later, the image has become a commodity and sells for two or three thousand dollars on the art market. I went to meet her uncle and the other butchers in the market, expecting them to speak about how they were being exploited. In many cultures, there’d be a lawsuit or a discussion of morality. Though they acknowledge that it was a moment of hurt, they see the photographer as someone who was doing his job.”

This is also the way Metinides sees it. Entirely self-taught, the word he uses to describe himself in the film is “police journalist”. He first became obsessed with the dark underworld while watching film noir in the movie theater owned by his sister and her husband. It led him to seek dramas outside the big screen and gain access to the local precinct. From this day forward, his path was laid: he would try to convey the entire story of a tragedy within a single frame. His fixation also took hold of other parts of his life. He collects fire and rescue toys, filling up an entire room, as well as frog figurines, one of which he would always carry as a lucky charm.

“He doesn’t travel much because he assesses everything in terms of risks,” reveals Ziff who also developed her own ways to deal with the fragility of life and the randomness of death that Metinides’ work highlights. “I would always clean my hands when I returned from looking at his images before touching my son. I wanted to ritualistically wash off that experience. I’d also go for walks in the parks as a way to get back into life. Though it informs and perhaps even enriches us, you can’t stay in a place of darkness.”

Looking at Metinides’ photos turns each and every one of us into rubberneckers, something Ziff is aware of and plays with. Installing GoPro’s at the opening of the exhibition, she captured people’s expressions: the initial repulsion, followed by the curiosity and the fascination. “My obsession was: figuring out what happens when the image of the accident becomes an object of desire,” she explains. In searching for the answer, she not only talked to those who found themselves in the snap, but also those consuming them. For these interviews, she installed a backdrop and lights, inviting people to share their thoughts within the set. “This way of working is the antithesis of Metinides’ approach and a reference to a completely different kind of practice: the portrait, which is about exchange rather than the stealing of an image. That’s what you do when you take a photograph of someone who can’t say ‘no, don’t take my picture’ because they’re either traumatize or dead; you steal. Putting up the backdrop and inviting someone to reveal themselves to my camera criticizes that, questions the morality of it and the boundaries to keep,” she adds.

Metinides also subjects himself to a similar treatment. Aware that he tends to perform for the camera, Ziff built a special set for their final session: “I put him in a ‘black box’, on an unfortunately uncomfortable chair with a light on him; almost like an interrogation. He knew this would be the last interview. I pushed him a little. I was neither kind nor unkind. It was only then that he revealed himself.” For all the horrors that the 82 year-old’s photographs show and the stories he tells, it’s the movie’s closing scene that is the most touching, that profoundly reminds us of how fragile we are. 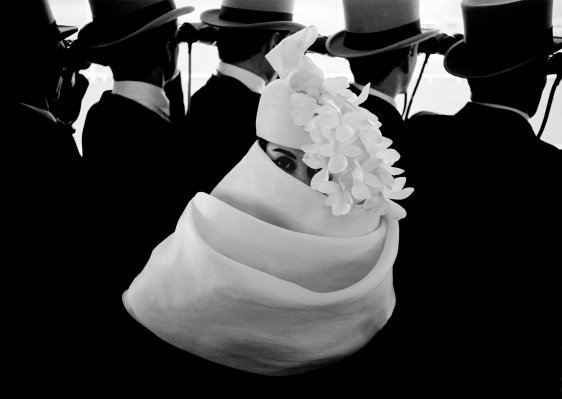 This Rare Collection of Photos Celebrates Elegance
Next Up: Editor's Pick