Vietnam's 'Queen of Hip Hop' Impresses Obama With Her Rhymes

Twenty-six-year-old rapper Suboi has been dubbed “Queen of Hip Hop” in Vietnam. It’s a brave career choice in a repressive state where outspoken artists fear upsetting the authorities with their lyrics.

On Wednesday, though, more bravery was required as she was put on the spot by U.S. President Barack Obama.

During a town hall style meeting between the American President and young Vietnamese people in Ho Chi Minh City, the rap artist — real name Hàng Lâm Trang Anh — put her hand up to ask the President his views on the importance of arts and culture to nations. Despite the restrictive environment, Vietnam’s artists “have a lot to say,” she said.

“Before I answer your question, why don’t you give me a little rap?” Obama replied.

Suboi immediately launched into a few lines of impressive verse, in Vietnamese. “I was just talking about some people having a lot of money, having big houses, but actually, are they really happy?” she explained. The rap was about stereotypes, she said, saying people often see her as “an Asian rapper … the cute girl.”

“For Vietnamese people it’s different, they think like rapping is not for women,” she added.

At the start of an historic visit to Asia this week, Obama announced he would scrap the U.S.’s long-standing arms embargo against former American foe Vietnam, a country that is engaged in tense maritime territorial disputes with China in the South China Sea. Rights campaigners have raised concerns that the President is putting strategic interests ahead of support for human rights by giving concessions to Vietnam’s unelected rulers.

Obama has publicly pushed the Vietnamese leadership to give the population more freedoms, however. He also met with civil society representatives Tuesday, although at least three outspoken activists were prevented by authorities from attending the meeting at the U.S. Embassy in Hanoi.

The President made a soft-power pitch to the population of one of Asia’s most dynamic countries, meeting with tech entrepreneurs and holding the town hall with members of the U.S. government’s Young Southeast Asian Leaders Initiative, where he also dodged a question on rumors that he smoked marijuana as a young man.

Read More: Vietnam Gets to Vote in Elections, but the Communist Party Picks Who’s on the Ballot

In response to Suboi’s question, though, Obama took the opportunity to make a point about the importance of free artistic expression. “Let’s be honest, sometimes art is dangerous,” he said, “and that’s why governments sometimes get nervous about art. But one of the things that I truly believe is that if you try to suppress the arts, then I think you’re suppressing the deepest dreams and aspirations of a people.” 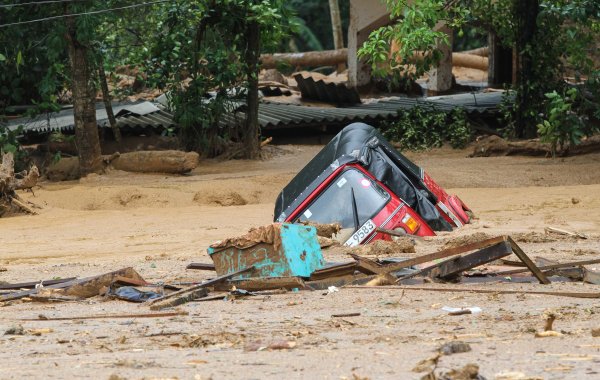 Death Toll from Sri Lanka Floods Rises Over 100
Next Up: Editor's Pick