On Monday night, Johnny Depp went on Jimmy Kimmel Live! to talk about Australian Deputy Prime Minister Barnaby Joyce. Depp didn’t mince his words: he told Kimmel that Joyce looks like he was “inbred with a tomato,” a line that sent Twitter into a frenzy.

Joyce didn’t seem fazed, joking at a press conference on Wednesday that he was “turning into Johnny Depp’s Hannibal Lecter.”

“I’m inside his head, I’m pulling little strings and pulling little levers,” he said, according to the Guardian. “Long after I’ve forgotten about Mr. Depp, he’s remembering me.”

Why the hostility for a secondary political figure from a country on the other side of the world? Because last May, Depp and his wife, actress Amber Heard, were charged by Australian authorities with flouting border laws after they failed to declare to immigration officials that they brought their two terriers (Pistol and Boo) with them into the country on their private jet. The dogs were flown out of Australia — after officials threatened to euthanize them — but Depp and Heard have spent the last year in a protracted legal battle with Australian law enforcement.

For a time, it seemed that Depp and Heard were repentant. Last month, they sat in front of a webcam — looking somewhat like hostages — and recorded a note of apology, urging other tourists to “declare everything when going to Australia.”

But on Monday night, Depp and Kimmel had a good laugh about it, at the expense of Joyce (and Australia).

“Some people are calling it your greatest performance ever,” Kimmel said, later noting that it was “heartening to know that [America] is not the only dumb country.”

Depp said that if Heard had been put in jail over the incident, he would “fly to Australia and assault [Joyce].”

Australians online did not take kindly to the segment. Joyce is hardly Australia’s most popular politician — in March, the Guardian reported that he was at risk of becoming the first Deputy Prime Minister to lose his seat in an election — but his countrymen have since come out in his defense. 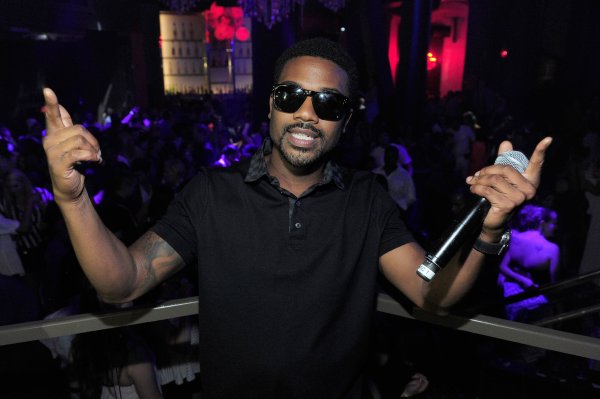 Ray J Is Trying to Create The 'Tesla of Electric Bikes'
Next Up: Editor's Pick