Democratic presidential candidate Hillary Clinton waves to the crowd during a campaign stop at the Union of Carpenters and Millwrights Training Center on May 15 in Louisville, Kentucky.
John Sommers II/Getty Images
By Katie Reilly

Likely Democratic presidential nominee Hillary Clinton has a strong advantage over presumptive Republican nominee Donald Trump among Asian-American voters, the fastest-growing multicultural segment in the U.S., according to a new poll.

A report published last year by Nielsen said the Asian-American population grew 46% between 2002 and 2014, now representing 6% of the total U.S. population. The report also said China and India have replaced Mexico as the largest sources of recent immigrants to the U.S.

The AAAJ survey, conducted via telephone between April 11 and May 17, polled 1,212 registered voters who identify as Asian American. It has an overall margin of sampling error of +/- 3%. 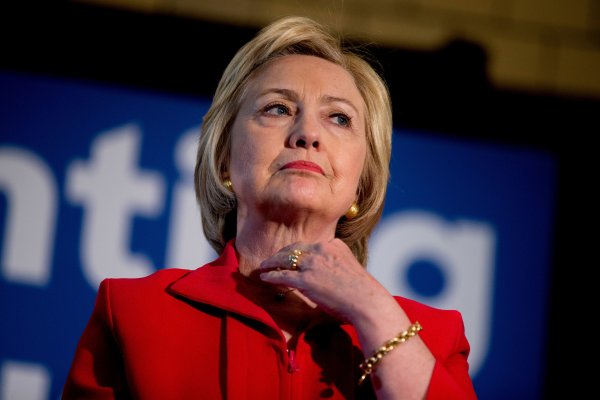 Transgender Group Calls on Clinton to Answer Questions
Next Up: Editor's Pick