What do Captain America and Frozen’s Princess Elsa have in common? The Internet really wants them to have same-sex partners.

After Frozen star Idina Menzel threw her support behind the online movement to give Elsa a girlfriend, the Internet turned its attention to convincing Marvel to give Captain America a boyfriend. The hashtag #GiveCaptainAmericaABoyfriend was trending on Twitter on Tuesday, The Wrap reported. Many fans opined that it would only make sense if Steve Rogers (Chris Evans) ended up in a romantic relationship with Bucky Barnes (Sebastian Stan), who he chased for all two hours and 47 minutes of Captain America: Civil War.

Captain America and Bucky Barnes have been through it all together. While some fans noted that gay kids need superheroes to idolize, too, other fans threw themselves behind the movement just because they don’t like the other options:

While the movement may be tongue-in-cheek, there’s little doubt that fans want to see an LBGT character in a Disney film, whether it’s with Disney, Marvel, or Lucasfilm. A recent report by the Gay & Lesbian Alliance Against Defamation found that Disney failed to include a single LGBT character in its major 2015 movies, including those from its Marvel and Lucasfilm branches (despite what Finn-Poe-shippers would have you believe). 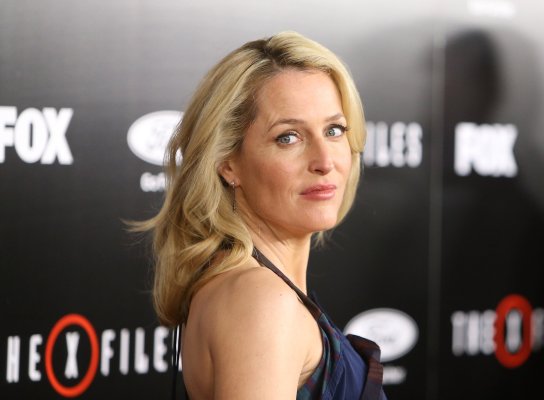 The Internet Really Wants Gillian Anderson to Be the First Female James Bond
Next Up: Editor's Pick