Why You Don't Need to Worry—Much—About Europe's Far Right

It’s not surprising that the near-election this week of Norbert Hofer as president of Austria would generate a fresh round of worries over the rise of the right in Europe. Hofer would have been the first European far-right head of state since the end of World War II, and while the left-leaning Alexander Van der Bellen managed to eke out a win, Hofer’s clear popularity is a clear concern. But let’s take a deep breath and a step back to avoid exaggerating the danger this phenomenon represents for the future of Europe.

I’ve written here and elsewhere about the rise of populist right-wing parties in multiple European states. The migrant crisis has exacerbated a deepening anti-E.U. feeling across the continent, and political opportunists are reaping the benefits. Let’s note, however, that in Europe’s most important countries, there are clear limits to the far right’s influence. Germany’s Alternative fur Deutschland (AfD), Britain’s United Kingdom Independence Party (UKIP), and France’s Front National (FN) are all having a real impact on debate in these countries, but they’re a long way from holding real power. Next year, Angela Merkel will likely win re-election as Germany’s chancellor, even if the need to draw votes from AfD hardens her approach on some issues. The FN’s Marine Le Pen is unlikely to become France’s president. The Conservative Party will continue in power in Britain, and UKIP will remain at the political margins.

And it’s not surprising that mainstream parties performed poorly in Austria’s election. This is a country that has flirted with the far right before. Jorg Haider, a man made famous by his praise for the Nazis and his fascist-inspired taste in clothes and flags, led the Freedom Party into Austria’s governing coalition in 2000—back when the unwelcome migrants were coming from Eastern Europe, not the Middle East. The E.U. responded with sanctions.

This country of just 8.5 million people is near the front lines of a new migrant crisis. In 2015, Austria received about 90,000 asylum requests from migrants from the Middle East and Africa, the second highest total per capita in Europe, feeding a deepening sense of insecurity that was further fueled by populist demagogues. That said, Van der Bellen, the man who actually won the election, represents the Green Party.

Read More: These 5 Facts Explain What Obama Wants From Europe

Austria’s Freedom Party, the Danish People’s Party, the Swiss People’s Party, Hungary’s Jobbik, The Sweden Democrats, True Finns and others will continue to exploit the fear that those in power are no longer accountable to citizens or represent their true interests. But pragmatism, not right-wing populism, remains at the core of European policymaking. 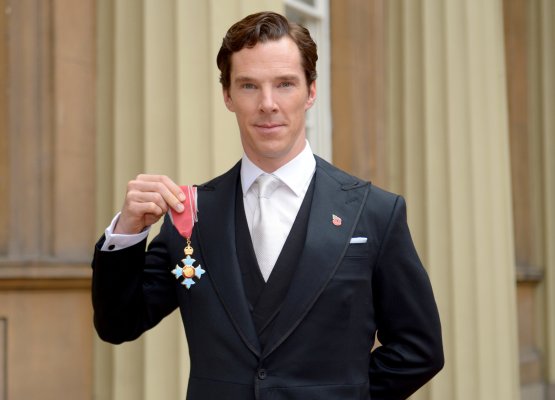 Cumberbatch Leads Celebrity Charge Against 'Brexit'
Next Up: Editor's Pick