Here's What Makes This Accusation Against Bill Cosby Different From Others

Bill Cosby was ordered Tuesday to stand trial for a felony charge of sexual assault in Pennsylvania, making the case different from the dozens of accusations of sexual assault that have been leveled at the comedian in the past year.

While about 50 women have accused Cosby of sexually assaulting them in incidents dating back to the 1960s, the case for which Cosby will now stand trial is the only one that has led to criminal charges.

Andrea Constand, a former Temple University employee, said that in 2004, Cosby gave her three blue pills that made her feel dizzy and then sexually violated her at his home in Pennsylvania. Constand’s testimony was read Tuesday during a preliminary hearing where a judge ruled that prosecutors have enough evidence to try Cosby for the sexual assault charges, the Associated Press reported. Cosby, 78, has maintained the sexual activity was consensual.

Constand reported the assault to police in 2005, a year after she says the incident occurred, but prosecutors initially said there wasn’t enough evidence to convict Cosby and declined to bring charges. The case was reopened last year because new evidence came to light when the records from a previously-sealed civil suit against Cosby were released, making public a deposition in which Cosby admitted to giving quaaludes to women to seduce them.

Pennsylvania prosecutors brought charges against Cosby at the end of December 2015, just before the statute of limitations was set to expire in 2016.

Cosby faces several other civil suits from women accusing him of sexual assault and defamation, but Constand’s remains the only criminal case. He faces up to 10 years in prison for the charges. 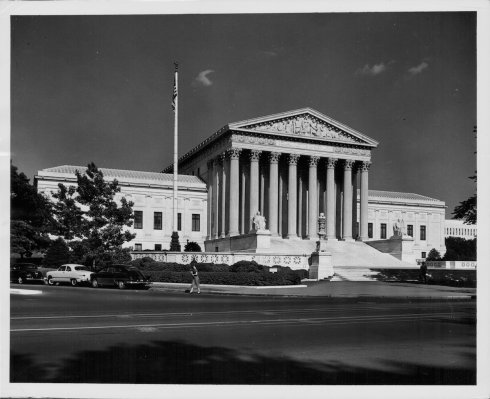 The Long Death of the 'Separate but Equal' Doctrine
Next Up: Editor's Pick