The Latest Hyperloop Development Is Straight Out of Marvel

Hyperloop Transportation Technologies, one of two leading firms working on high-speed Hyperloop projects, announced Tuesday that it’s building its pods out of a material called “vibranium,” The Verge reports.

Sound familiar? That’s the same name given to the fictional material used to make Captain America’s shield, among other fictional technology in the Marvel universe.

HTT’s vibranium is really just reinforced carbon fiber with a attention-grabbing name. But the company does claim one impressive innovation: The material will have internal sensors that can relay critical data about a Hyperloop pod’s hull to its operator.

The Hyperloop is a theoretical high-speed transportation system that its proponents say could reach speeds of over 700 miles per hour. There are two primary components: A long, large tube with a near-vacuum internal environment, and a pod that could carry people or cargo through those tubes propelled by a large fan or a series of magnets. HTT and one other firm, Hyperloop One, are the two leading companies aiming to build a Hyperloop. Early tests have been promising, but neither has yet to demonstrate a full-scale attempt. 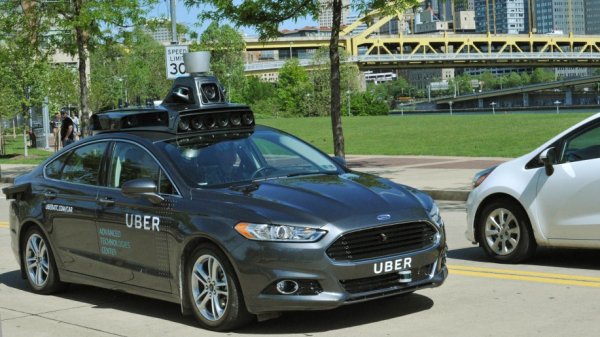 Uber's First Self-Driving Car Is Hitting the Streets
Next Up: Editor's Pick