This Is Why Memorial Day Is a Three-Day Weekend

A Boy Scout salutes at the foot of a grave after volunteers placed flags in preparation for Memorial Day at the Los Angeles National Cemetery on May 28, 2016.
Richard Vogel—AP
By Ashley Ross

Though Memorial Day started as a way to commemorate the dead of the Civil War, today it is nearly synonymous with the start of summer and with the long weekend that many Americans use to celebrate the season. But, though the holiday has been observed on the last Monday in May for decades, it wasn’t always that way. Memorial Day was initially set on May 30 — no matter what day of the week that would be.

The change can be traced to the Uniform Monday Holiday Act, a piece of legislation passed in 1968 and enacted in 1971, which declared that certain holidays would take place on certain Mondays. (Parts of the initial legislation even called for Independence Day to take place on the first Monday in July instead of on the fourth of July, though obviously that part didn’t make it to law.) The primary reasoning behind the move to Mondays was commercial, according to Jennifer Mittelstadt, a history professor at Rutgers University.

The act passed quite easily in 1968 for certain holidays, despite some religious groups concerned that three-day weekends would put a dent in Sunday-school attendance. Once enacted in 1971, the change proved to be a popular one, providing a paid holiday and the freedom to travel. It didn’t hurt that a more celebratory Memorial Day was also a good fit for American society at the time.

“This loss of memory and shift into recreation and leisure is a trend in American history,” says Matthew Dennis, a history professor at the University of Oregon. “It was a tumultuous time in American history, and the levels of patriotism were quite low at this point in the wake of Vietnam.”

Soon, however, veterans started to question the impact of the 1971 law, and bills came before Congress pushing for holidays like Memorial Day to return to their original dates of observance. Strom Thurmond, a South Carolina Senator, testified in 1974, that “while the rationale behind such a law may have been admirable to provide a three-day holiday,” the result diminished patriotism and history.

“If we are only interested in having three-day weekends,” said William L. Scott, a Virginia senator, “we might as well have Federal holiday number one, and so forth, if they really have no significance.”

But, while veterans’ groups fought valiantly for Veterans Day to return to its November 11 day of observance, Memorial Day was less of a focus. For one thing, Memorial Day’s Civil War roots could make its observance tricky, as Americans in the North and South commemorated it differently. The war was so divisive that the observance wasn’t unified until the early 20th century, Mittelstadt says. For another, the actual date of Veterans Day means something.

“Veterans Day comes from Armistice Day and it is famous for the war stopping at the 11th hour on the 11th day on the 11th month,” Mittelstadt says. “There’s something really special about that moment, and Veterans Day is for all living veterans whereas Memorial Day is to memorialize the dead, and quite obviously that has a smaller constituency.”

So in 1974, Veterans Day was moved back to an official date of November 11th, while other holidays under the Uniform Monday Holiday Act — Memorial Day, President’s Day, Labor Day and Columbus Day — stayed in their set Monday positions. 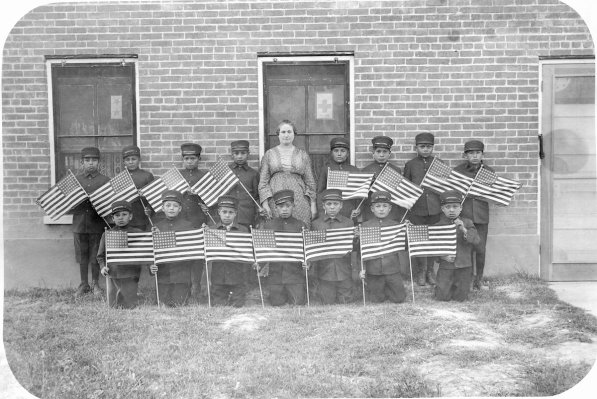 The Sad History Behind Michelle Obama's Commencement Speech in Santa Fe
Next Up: Editor's Pick