An Indonesian soldier inspects a house covered by volcanic ash following Mount Sinabung's eruption at Gamber village, in the Indonesian province of North Sumatra, on May 23, 2016
Dedi Sinuhaji—EPA
By Casey Quackenbush

Several villages on Indonesia’s Sumatra Island have been smothered by a thick layer of ash following the eruption of Mount Sinabung on Saturday.

At least seven people died after clouds of ash and gas engulfed surrounding villages and farmland up to 12 km away, the BBC reports.

Although eruptions have abated since Sunday, officials are urging locals to distance themselves from the 2,460-m volcano, while rescue teams continue to search for survivors.

Mount Sinabung has plagued Sumatra with several explosions since 2010 when it resumed activity after 400 years of dormancy.

Situated on the Pacific Ring of Fire, Indonesia has more than 120 active volcanoes. 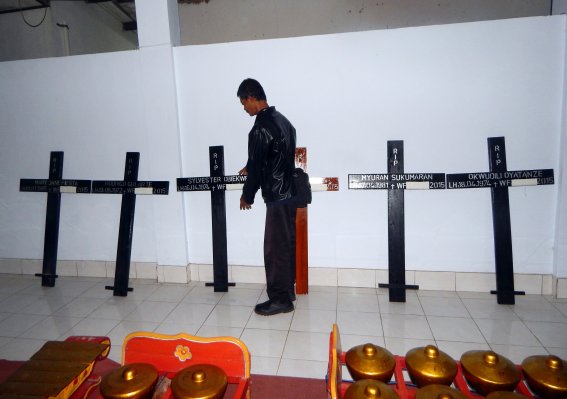