How One Start-Up Is Making 'Wine' Without Grapes or Fermentation

Two bio-engineering graduates in San Francisco are on a controversial mission: to replicate wine using chemicals instead of grapes or fermentation.

“We can turn water into wine in 15 minutes,” claims Ava Winery, the start-up of Mardonn Chua and Alec Lee. Chua and Lee use create compounds with ethanol mimicking the chemical composition of actual wines, but that will sell for much less money, New Scientist reports.

For months they’ve tinkered with combinations of amino acids, sugars, ethanol and other elements to try to match the taste of real wines, such as the 1992 Dom Perignon.

Ava Winery is selling bottles for $50 of yet unmade wine, but it remains to be seen how closely the final product matches the actual beverage. After the New Scientist taste test likened its mimicked Moscato to plastic “pool shark,” the winery defended its progress. “Nothing resembling plastic is an ingredient in the wine,” the website says. “Taste is deeply subjective. We haven’t yet accomplished our goal of truly mimicking wine but we’re getting closer.” 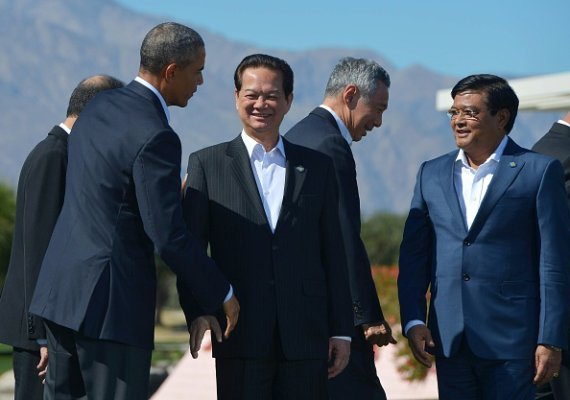 How Obama's Foreign Policy Plan Is Working
Next Up: Editor's Pick