Game of Thrones’ Bran Stark Speaks Out About That Tragic Twist

Don’t worry Game of Thrones fans, Isaac Hempstead Wright, who plays Bran Stark on the HBO drama, is well aware his character dropped the ball Sunday night. After a shocking chain of events culminated in the death of the beloved Hodor in the closing moments of the fifth episode of the show’s sixth season, Wright took to Twitter express his remorse for the young Stark’s involvement. “Nice one, Bran,” he tweeted alongside a sad face emoji.

The 17-year-old actor also spoke to Entertainment Weekly about that devastating final scene, which saw Bran and Meera Reed (presumably) escaping into the night as Bran’s direwolf Summer, the children of the forest, the Three-Eyed Raven and finally, Hodor, were all killed at the hands of the wights and White Walkers. However, the most tragic moment may have come when viewers saw that Bran was not only the cause of the gentle giant’s demise, but also his inability to say anything other than, “Hodor.”

“It’s so sad!” Wright told EW. “We learned Hodor really is this vulnerable soul, who had such potential to live a happy life. First, through [Bran’s] selfish actions, going to the White Walker vision in the first place, I’ve screwed him over. He didn’t pick up that he should get out of the dream. And then Hodor sacrifices himself. He’s been through all this and he’s still having to do this.”

“Blood of My Blood,” the sixth episode of Game of Thrones‘ sixth season, airs Sunday at 9 p.m. EST on HBO. 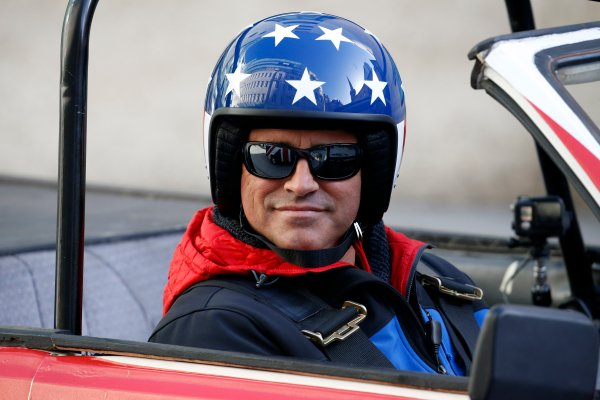 Matt LeBlanc Revved Up To Be First Non-British 'Top Gear' Host
Next Up: Editor's Pick