Everything We Know About the White Walkers on Game of Thrones

Here’s what we learned about the White Walkers after Bran, Hodor and the Three-Eyed Raven’s encounter with the ice monsters on Sunday night’s episode.

They were created by the Children of the Forest

They have a leader

The one with the crown is the king.

Wights or the undead follow them. That’s why everyone’s so worried about burning corpses before the White Walkers can get to them.

They can walk through fire

Plenty of fans have predicted that Game of Thrones will end with a battle between the White Walkers and Dany’s dragons—after all, George R.R. Martin’s series is called A Song of Ice and Fire. But bad news for the dragons: White Walkers are apparently not phased by fire. When the Children of the Forest created a ring of fire to protect Bran, the White Walkers walked right through it. (The fire did deter the White Walkers’ army of the dead, so there’s that.)

But they can’t seem to swim

…Or at least they chose not to when Jon Snow fought them last year.

Obsidian will kill them

We’ve known this since Sam accidentally took out a White Walker many seasons ago. Obsidian or dragon glass can be used to kill White Walkers, and that’s how Meera manages to get rid of one.

They can see greenseers

So far, when Bran has traveled back in time, those he was watching could not see him. (Bran argued that his father heard him call out during the Tower of Joy flashback, but the Three-Eyed Raven said Ned did not.) Bran walked through a crowd of waifs without being seen—that is until the White Walkers spotted him. Then suddenly everyone could see him.

They can “mark” you

A White Walker touches Bran while he is greenseeing. The result is a real-life ice mark on his arm. The Three-Eyed Raven explains to Bran that the White Walkers marked him so they could tell where he was. Soon enough, they arrive at Bran’s hideout.

They had beef with the Three-Eyed Raven

The White Walkers killed the Three-Eyed Raven. Perhaps they were motivated by their desire to kill all living things. Then again, they seemed to recognize that Bran and the Three-Eyed Raven were significant—otherwise why bother bringing their entire army to fight them?

Azor Ahai—whoever that is—is probably supposed to fight them

Followers of the Lord of Light believe in Azor Ahai, a religious figure who fought off the great darkness of the Long Night with a magical sword called Lightbringer. They also believe that there will be a second coming of this hero to save the world from some great threat…like the White Walkers. This is the so-called “one who was promised.” The Red Woman thought Stannis was this person and is now placing her bets on Jon Snow. In this episode, a different priestess of the Lord of Light told Tyrion that she is endorsing Daenerys as this hero. 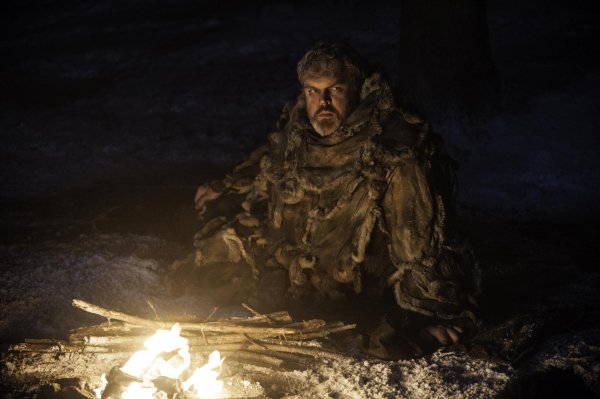 Game of Thrones Fans Are Devastated About Sunday's Twist
Next Up: Editor's Pick