Donald Trump Says Some Teachers Should Have Guns in Classrooms

Donald Trump on Sunday said some teachers in the U.S. should be armed with guns inside their classrooms.

The presumptive Republican nominee, who was recently endorsed by the National Rifle Association of America, made the comments during a Fox & Friends interview in which he was asked to respond to Hillary Clinton’s remarks about his stance on gun control.

Clinton on Saturday attacked Trump in Florida during an appearance at the Trayvon Martin Foundation’s Circle of Mothers event, which is held for mothers who have lost a child to gun violence, according to the Miami Herald.

“He’d mandate that every school in America allow guns in classrooms,” Clinton told the crowd. “That’s no way to keep us safe. If you want to imagine what Trump’s America will look like, picture more kids at risk of violence and bigotry. Picture more anger and fear.” 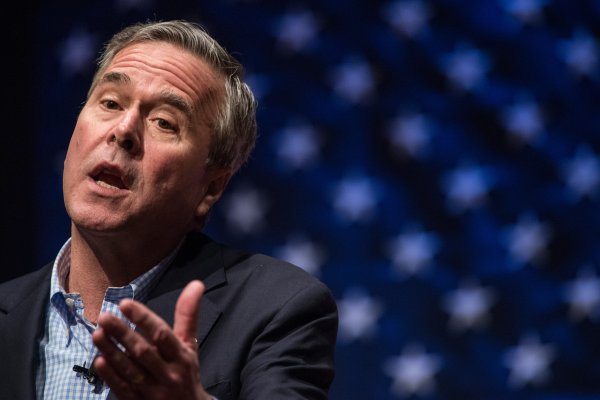 Jeb Bush Says Donald Trump Supporters Not 'A Bunch of Idiots'
Next Up: Editor's Pick