Egyptian President Abdel-Fattah el-Sissi on Sunday said an Egyptian submarine is headed to the EgyptAir Flight 804 crash site to help look for the cockpit voice and flight data recorders to determine what caused Thursday’s disaster.

El-Sissi said it “will take time” to figure out what caused the crash left all 66 people on board feared dead as it was traveling from Paris to Cairo, according to the Associated Press. “It is very, very important to us to establish the circumstances that led to the crash of that aircraft,” he said live on Egyptian TV channels in his first public comments since the tragedy. “There is not one scenario that we can exclusively subscribe to … all scenarios are possible.”

The Airbus A320 plane crashed early Thursday morning in the Mediterranean Sea, near the Greek island of Crete, after it had disappeared from radar screens, officials said. The plane lurched left, then right, spun all the way around and plummeted 38,000 feet into the sea, the AP reports. 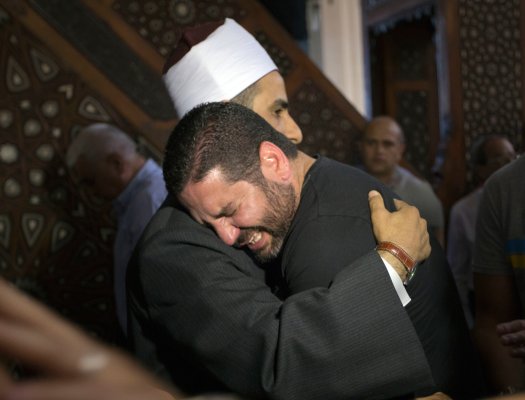