Two horses involved in early Preakness Day races died Saturday, and a jockey broke a collarbone, making for a dark start to the events at Pimlico Race Course.

One of the horses, 4-year-old Pramedya, broke down in the fourth race and was euthanized on the track after breaking her left front cannon bone, the Associated Press reported. Jockey Daniel Centeno was thrown from the horse in the incident and broke his collarbone.

The other horse, Homeboykris, collapsed and died after winning the opening race. Officials said they think the 9-year-old horse had a heart attack, the AP reported.

Following the deaths, People for the Ethical Treatment of Animals called on the horses’ owners to release veterinary records and a list of medications administered before the race, saying on Twitter that horses can die or break down when they have injuries that are “masked by excessive use of medications.” 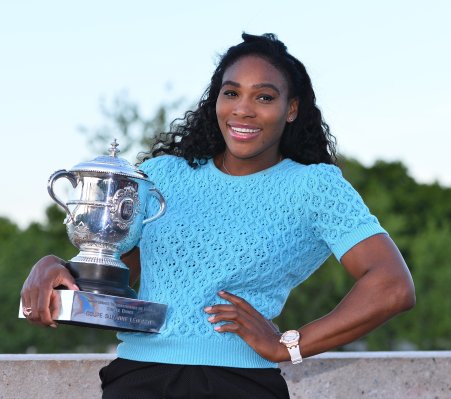 5 Big Stories at The 2016 French Open
Next Up: Editor's Pick