The road-trip movie Thelma & Louise, starring Geena Davis (Thelma) and Susan Sarandon (Louise) as buddies-turned-fugitives, drove a national conversation on feminism and the state of the women’s movement when it hit theaters 25 years ago on May 24, 1991.

Some fans and feminists hailed the movie as the ultimate story of “female revenge” for the way the two characters stand up to men—be they bad boyfriends or rapists, catcallers and cops—while others in media described the film as “degrading to men” and two hours of gratuitous violence. TIME covered the debate with a June 24, 1991, cover story in which film critic Richard Schickel summed up the questions about the movie as such:

An accompanying op-ed by Margaret Carlson argued the film “can hardly be called a woman’s movie or one with a feminist sensibility.” For one, she wrote, Thelma is married to a man who treats her like his personal slave: “Thelma and Louise are so trapped that the only way for them to get away for more than two days is to go on the lam.” And then, after a near-rape on the road trip, Thelma feels all better after sleeping with another stranger, who ends up walking off with the duo’s money (a hitchhiker played by Brad Pitt, in what’s widely considered to be his breakout role). Thelma and Louise, she wrote, “become free but only wildly, self-destructively so—free to drive off the ends of the earth.”

The film came at a time of great change in the American conversation about feminism. As the film history text Hollywood’s America: Twentieth Century America Through Film explains, some of the negative reaction to the movie may have reflected critics’ discomfort with the very real shifts taking place in the world at the time, namely the ways in which women were pushing back against traditional roles.

Indeed, some events over the next year suggested that the movie arrived at exactly the right moment for stories about women speaking out.

Later that year, law professor Anita Hill testified that she had been sexually harassed by current Supreme Court Justice Clarence Thomas during his confirmation hearings. Television coverage that captured the image of Hill being questioned by the all-male Senate Judiciary Committee panel is said to have helped women win historic victories in the U.S. Senate and the House of Representatives — four seats in the former and 24 in the latter in 1992 — during what became known as “The Year of the Woman.”

MORE: Jodie Foster on Directing in 1991: ‘This Is Not a Business That Is Kind to Women’

But, looking back from the distance of 25 years, it’s clear that—while Thelma & Louise spoke to a particular moment in time—it did not necessarily mark a turning point.

For example, the 1992 political victories “started the trend of electing more women,” according to California U.S. Senator Barbara Boxer, one of the politicians elected back then, but they were not able to change the culture on a “seniority-based Capitol Hill” overnight. That meant that old stereotypes and sexism continued to crop up, as U.S. House’s History, Art & Archives department explains: “Ultimately, however, the ‘Year of the Woman’ spawned expectations that women candidates in subsequent elections could not realistically meet.”

And 25 years later, some data show that more work needs to be done in Hollywood, too. For instance, a recent study by Martha Lauzen at San Diego State University reports 12% of 2014’s 100 top-grossing films featured female protagonists and only about 30% of all speaking characters were women. Writing for TIME last year, Geena Davis, who launched the Geena Davis Institute on Gender in Media, said her organization found that:

As Sarandon said simply at the Cannes Film Festival last week, “After Thelma & Louise, they predicted there would be so many films starring women. But it didn’t happen.”

Read the full 1991 cover story, here in the TIME Vault: Why Thelma & Louise Strikes a Nerve 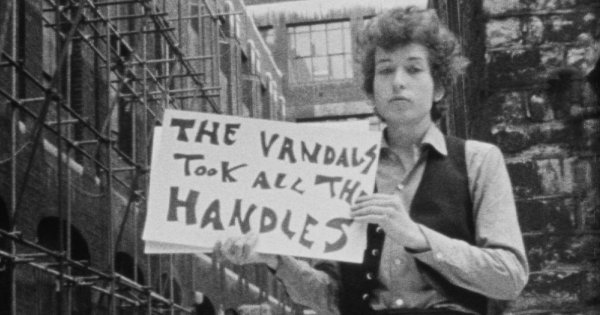 D.A. Pennebaker: Behind the Making of 'Dont Look Back'
Next Up: Editor's Pick