My Father Roald Dahl Was My Very Own BFG

When I was a child, every night at bedtime, my father would pace back and forth in the little tiny bedroom I shared with my sister, Ophelia, and tell us wonderful stories of the BFG. We would sit up in bed mesmerized by the tales of our BFG, as we sipped on our witch’s potions, which my father always gave us to drink during our “story,” as he called it. The witch’s potion was a delicious concoction that my father made us every evening at bedtime, a combination of canned peaches or pears, milk, and a few drops of either red, green, or blue food coloring whizzed up in a blender to make a homemade milkshake-type drink. “The witches dropped it off at the doorstep five minutes ago,” my father would tell us with convincing authority, the same way he told us about our BFG who lived in a cave under the apple trees of our orchard right next to our house.

Everything was magical, even the witch balls that hung on clear fishing twine at different lengths and heights from our bedroom ceiling. “Witch balls” are beautiful, antique, fragile balls of all different colors. My father told us that they were to keep the bad witches away: “One look at her reflection in the witch ball and she’ll be scared to death and disappear faster than she arrived.” We were safe; we had so many mystical things around us. The Witches (good ones); the BFG; Fantastic Mr. Fox, who lived under the “witch tree,” a spectacular beech tree that had grown from three small trees into one massive climbing tree, which stood gracefully halfway up the little country lane where we lived, in a rambling farmhouse called Gipsy House.

The stories were always a surprise—some nights it was the BFG, sometimes it was Fantastic Mr. Fox, sometimes my father told us stories about when he was our age and all the naughty things he and his friends got up to at school, stories he put together later in a book called Boy. But what never changed was our evening ritual. After our story (which was never read, always told) was over, my father would take our empty witch’s potion glasses, then always ensure that our little window was cracked the tiniest bit. He did this to make sure that later the BFG could get his stick through to blow dreams into our room. Then my father kissed us good night, tucked us in snugly, and turned out our light. Then we waited . . .

The wait was never long. Usually within about five minutes a long bamboo stick slowly poked its way through the middle of our curtains. First the stick would aim at my older sister Ophelia’s bed. It stopped steadily for a moment, and then we would hear two terrifically loud blows, rather like the sound a great big whale makes when it blows through its spout. Then, very slowly and carefully, the bamboo stick would turn toward me. The thrill was exhilarating: what could be my dream tonight? Two huge blows were exhaled in my direction, and then the long bamboo would slowly retract back through the curtains, and within seconds we went to sleep. We couldn’t wait to go to sleep and dream our special dreams that the BFG had made for us that day, from his cave under the apple trees of our orchard.

One evening Ophelia asked my father, “How do we know that you are not making up the BFG?”

“Making him up!” my father said with horror.

“Because if you do, he will never come back. He is very shy and does not want anyone to ever see him; his magic might even be stolen by little girls’ eyes. The Big Friendly Giant is a magical giant, and magical things are never seen; you just have to believe, and if you don’t believe in magic, then you will never find it.” We weren’t convinced and my father sensed it; yet we believed enough not to go to the window when the bamboo stick came through, just in case.

The very next morning, when we woke up and opened our curtains, all of our doubts were dissolved, as written on our perfectly green lawn were giant brown letters: B.F.G.

We ran downstairs to tell our father, who was extremely annoyed that his prize lawn had been tampered with.

“Now do you believe that the BFG is real?” he asked. “My lawn has been all messed up.”

Yes. We believed. And still today, I believe in magic, the BFG, Witches, and Fantastic Foxes; but I also know that late that night, my father had used weed killer to make the giant letters on his precious lawn. The idea of his children believing in magic was far more important than the beautiful grass that he tended with great care.

The day I flew to Vancouver to visit the set of The BFG, I can honestly say I felt as though I was Charlie Bucket entering Willy Wonka’s chocolate factory. I walked through the large secret doors of the set and suddenly I was in giant land, then Buckingham Palace, then the Queen’s bedroom, then the massive dining room at Buckingham Palace. I met Sophie, the Queen, and—the greatest moment of all—I met the BFG. Oh, what a thrill it was—he was kind and beautiful and looked just the way I had always imagined him to look. Even though I am now an adult, I had to fight back tears . . . Tears of pure emotion that everything that I always believed since I was a little girl, but was never allowed to see outside my imagination, was suddenly in front of my very eyes. I could also feel my father walking with me around this enchanting land of giants and dreams. I could hear him telling me, as I walked around in awe, “You see Lukie”— my family nickname—“if you don’t believe in magic, you will never find it. You believed and look, you’ve found it. Isn’t it marvelous!”

And yes, marvelous it was. It was probably one of the best days of my entire life. My father was there in spirit; I could feel him, yet I wished more than anything that he could have been there in person with me. He would have been so delighted with absolutely everything, including Melissa Mathison’s wonderful script, the fantastic costumes by Joanna Johnston, Rick Carter’s production design, Lois Burwell’s makeup design, and the hard work of so many other brilliant and creative people who have brought to life, with love and care, our little bedtime story that started out in our tiny bedroom nestled in the English countryside.

I had finally met my BFG. I also met the BFD (Big Friendly Director), Steven Spielberg. I watched in awe as he worked, as he is the only man I have ever met who also believes in magic and giants.

When it was time to say good-bye, I walked through the orphanage dormitory; the little iron beds were all lined up, the room was dark, the beds were perfectly made—with love, with care, and, like everything else I had seen and felt that day, with a little bit of magic.

This essay appears in the new movie tie-in edition of The BFG, on sale May 24. The film opens in theaters July 1. The Roald Dahl Literary Estate is celebrating the 100th anniversary of the author’s birth throughout 2016. 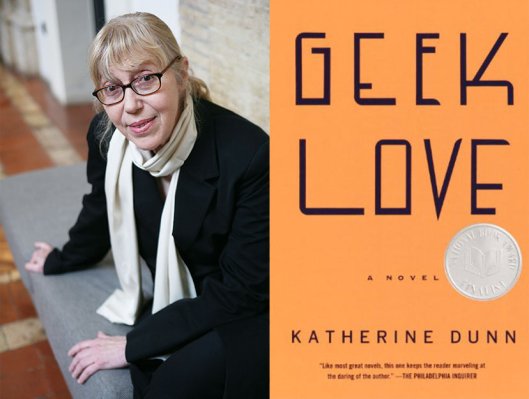