EgyptAir Crash Could Be Another Blow to Country's Tourism

Tourism in Egypt has suffered in recent years due to unrest in the country, and the crash on Thursday of EgyptAir Flight 804, en route from Paris to Cairo, could deal another blow to the country’s tourism industry.

Since a Russian airliner crashed in Egypt last year, killing all 224 people on board in an attack for which ISIS has claimed responsibility, there has been a steep decline in tourists visiting the country each month. There were 909,000 tourists who visited the Egypt in October 2015. That number fell sharply to 559,000 in November and decreased continuously to 347,000 in February 2016, according to data from the Central Agency for Public Mobilization and Statistics.

While the cause of Thursday’s plane crash has not yet been determined, Egyptian officials have said there is a higher possibility it was caused by terrorism than by technical failure.

In another recent incident, an EgyptAir flight bound from Alexandria to Cairo was hijacked and diverted to Cyprus. No one was harmed in the incident, which was unrelated to terrorism, but it renewed concerns about aviation security in Egypt.

The effect of terrorist activity on tourism has differed in other countries this year. Despite November attacks in Paris by ISIS militants, there has been a slight increase in the number of visitors who have booked trips to Paris this summer, according to travel insurance provider Allianz Global Assistance. However, the number of people planning to visit Brussels and Istanbul—both of which were also sites of deadly attacks by ISIS in the past year—decreased significantly compared to last summer, down 30.4% and 43.7%, respectively.

The Allianz analysis of flight bookings, published Friday, found that, overall, American travelers are rerouting their summer vacation plans to avoid destinations that have recently been hit by terrorist activity. But Europe still had an overall increase in summer 2016 travel bookings, compared to last year. 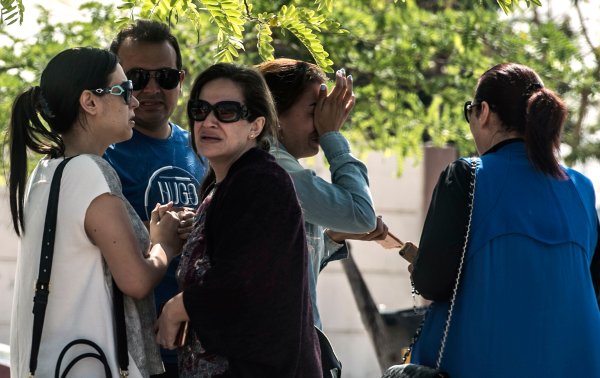 Hunt for EgyptAir Clues
Next Up: Editor's Pick