Elle Fanning and director Nicolas Winding Refn during the 69th annual Cannes Film Festival at the Palais des Festivals on May 20, 2016 in Cannes, France.
Dominique Charriau—Getty Images
By Stephanie Zacharek

In 2011, Nicolas Winding Refn electrified a somewhat sleepy Cannes slate with his exhilarating existential action picture Drive: The audience at the first press screening emerged from the theater like schoolkids busting out for the summer. Cathartically violent spills and chills! Ryan Gosling! No sad Eastern Europeans in unfortunate sweaters! We couldn’t have asked for more. In 2013, Refn returned to the Croisette with Only God Forgives, but the audience stumbled out of that one as if they’d just done their duty at the wake of a vague, distant relative. Murkier and more darkly brutal, in an art-house way, Only God Forgives missed the mark with the festival audience, though its brazen thrills—including incest, eyeball-gouging and crazily beautiful flocked wallpaper—made more sense when removed from the context of the toniest and most serious film festival in the world.

And so hopes were high the other night for the screening of The Neon Demon, Refn’s horror thriller set in the slick, empty Los Angeles fashion world. Afterward, we filtered out into the night not quite sure what we’d just seen. But if few people seemed to love it outright, few were quick to dismiss it wholesale. The “What the hell did we just watch?” factor should never be underestimated: It is its own kind of exhilaration.

Elle Fanning plays Jessie, an innocent underage teen who has come to Los Angeles to crack the fashion world, and it seems she has a good shot at it: A glassy-eyed modeling agent, played by Christina Hendricks in a violet pantsuit, eyes this slim wraith of a girl approvingly and assures her she’s going to be a star. Jessie has checked herself into a cheap hotel room run by a sleazy Keanu Reeves, who accuses her of committing destructive acts she’d never dream of doing. She meets Ruby, a predatory makeup artist (to both models and cadavers—she moonlights in a mortuary) who invites her to a party. Meanwhile, two very skinny, very catty, highly artificial-looking models, Sarah and Gigi (Abbey Lee and Bella Heathcote), slink around seductively.

Those are the basic elements of The Neon Demon, but none of it adds up to much of anything in terms of plot. The movie’s highly stylized dream-logic aura is somewhat reminiscent of David Lynch’s Mulholland Dr.; its cool, sinister tone owes something to Irvin Kershner’s superb 1978 fashion-world thriller The Eyes of Laura Mars. But ultimately, The Neon Demon is its own sleek, bikini-waxed, glitter-eyeshadow-dusted creature. This is purely an exercise in style, and what style! Refn loves coo-coo interiors, and Jessie’s deliciously dismal hotel room—a mingling of faded bird-of-paradise curtains, cheap hibiscus-printed bed coverings, and wallpaper printed with stylized, Scandinavian-influenced ferns—does not disappoint. Outside of that room, the world looks brighter and much, much slicker. Refn’s color palette could have been inspired by a junior high school girl’s lipgloss collection: Everything—including the blood that inevitably flows—is supershiny and candy-toned bright.

The action here might best be described as inaction: This is a decisively static picture, more a series of Helmut Newton-style tableaus strung together than a movie with anything resembling an actual plot. Fanning stands, blinking innocently, at the center of it all. At one point, stripped down to her blush-colored undies, she auditions for a fashion show, competing among a bevy of bland, leggy beauties. The blasé designer in charge (played by an amusingly pretentious Alessandro Nivola) sees her and falls under her spell instantly. And how could he not? Tall and fair and semi-naked, Jessie looks like an Easter lily, all pinkish white and disarmingly vulnerable. The Neon Demon isn’t much of movie, at least if you’re looking for an actual story. Nor is it a moralistic fable about the emptiness of Hollywood—if anything, it’s a winking mockery of that sort of thing. But whatever the heck it is, it throws off a chilly, pleasurable sheen. This is visual hard candy.

The 69th edition of the Cannes Film Festival draws to a close with the awards ceremony on Sunday, when the jury, headed by Mad Max director George Miller, will hand out the coveted Palme d’Or. Though the competition has been unusually strong this year, there’s no film that emerges as a clear front-runner: Though critics loved German filmmaker Maren Ade’s father-daughter comedy-drama Toni Erdmann, it may not have the all-around luster of seriousness that festival juries often go for. A stronger contender might be Romanian director Cristian Mungiu’s Graduation, about a father (Rares Andrici) whose anxiety over his university-bound daughter’s final exams becomes an obsession. The film is a quiet meditation about what it means to want the best for our children—and does “the best” mean sending them off to a country where they’ll be able to live a better life, or keeping them close so they can build a better world at home?

Still, it’s not always the prize winners that end up having the biggest impact on movie lovers around the world. Other Cannes 2016 films to look for as they find their way into theaters in the year ahead are The Handmaiden, Park Chan Wook’s sumptuous, erotic tale about a Korean handmaid who falls in love with her mistress, a Japanese heiress; Ken Loach’s moving and surprisingly unpreachy I, Daniel Blake, in which a Newcastle working man, sidelined after a heart attack, forges an unusual friendship with a young single mother; and, for fans of Iggy Pop, Jim Jarmusch’s sly and lively documentary Gimme Danger, which played here out of competition. And if the juxtaposition of those three films reads like an unholy and crazy mix—well, that’s Cannes for you. 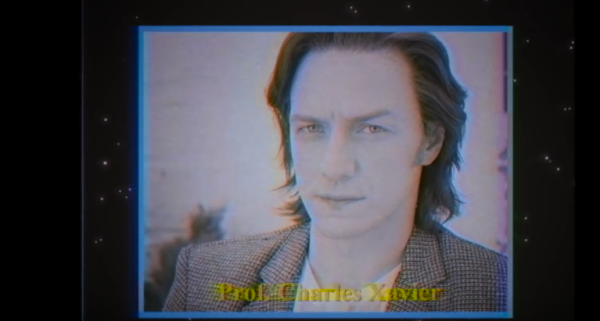 This Cheesy 80s-Style Ad Imagines If the X-Men Superhero School Was Real
Next Up: Editor's Pick