Why Working Moms Should Be Honest About Resume Gaps

Moms who have taken time off to raise their kids should explain the gaps in their resume to potential employers rather than leaving them unexplained, according to a new study.

Using hypothetical scenarios, researchers at Vanderbilt University found that female job applicants returning to the workforce after a long absence were more likely to get hired if they provided a reason for their absence and re-entry, even if that reason was taking care of their kids. The study found that female job applicants who offered no explanation for a long resume gap were less likely to get the job.

Because of EEOC guidelines, employers are strongly discouraged from asking about job applicants’ families, which means they’re less likely to question whether long gaps in a resume are family-related. But leaving those gaps unexplained can create ambiguity, which can quickly curdle into mistrust, or what researchers call “ambiguity aversion.”

“Although employers are not prohibited from asking applicants family-related questions, they’re advised not to do so because it may be perceived as employment discrimination,” says Joni Hersch, co-director of the PhD program in Law and Economics at Vanderbilt and author of the study. “That creates a norm where applicants likewise think that they can’t raise these questions.”

According to the researchers, this lack of transparency often leads to exactly the kind of prejudice that employment protections are hoping to avoid. Without an explanation for a long employment gap, potential employers fill the void with assumptions or stereotypes. Researchers also say that this problem primarily affects women, writing “Men are less likely to have family-related career gaps on their resume; there is simply less opportunity for ambiguity in the resumes of male applicants.”

The problem of “ambiguity aversion” means that in order to clear the air, women returning to the workforce should explain their long absence, since employers are probably not going to ask. The good news: once potential employers know that an applicant was out of work to care for her family or because she was married to a breadwinner for many years, they “stop looking for devious motives,” explains Hersch.

Read more: ‘Meternity’ May Be a Bad Name, But Everyone Deserves Flexible Leave

Hersch notes that explanations should only be divulged in the final interview stage, not on resumes or cover letters. And, she says, explaining your absence from the workforce can help on the margins, but probably won’t erode the main impediments to getting hired after decades off the job. “Things are pretty dismal if you have a large employment gap no matter how qualified you were when you left,” she says. 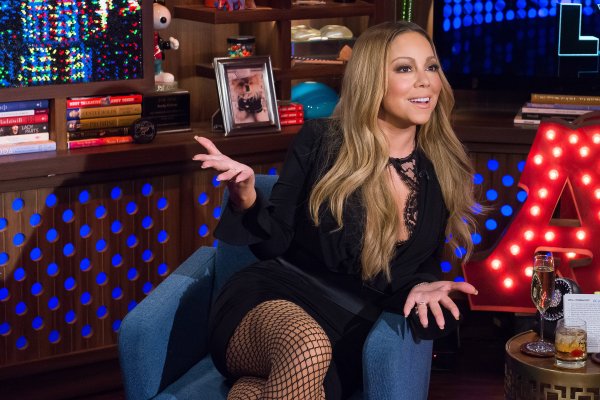 Mariah Carey Wouldn't Say Anything Nice About Nicki Minaj
Next Up: Editor's Pick