Actor Benedict Cumberbatch after receiving the CBE (Commander of the Order of the British Empire) from Queen Elizabeth II for services to the performing arts and to charity at Buckingham Palace on November 10, 2015 in London, England.
WPA Pool—Getty Images
By Julia Zorthian

The letter with 282 signatories — including stars such as Benedict Cumberbatch, Helena Bonham Carter, Keira Knightley and Jude Law — stated that Britain’s creative industries require both the freedom to work across Europe’s borders and also “vital E.U. funding” to thrive. The official campaign to support remaining in Europe released the letter with just over a month still to go before the June 23 referendum.

“Leaving Europe would be a leap into the unknown for millions of people across the U.K. who work in the creative industries, and for the millions more at home and abroad who benefit from the growth and vibrancy of Britain’s cultural sector,” the letter said.

“From the Bard to Bowie, British creativity inspires and influences the rest of the world. We believe that being part of the E.U. bolsters Britain’s leading role on the world stage,” it said. “Let’s not become an outsider shouting from the wings.” 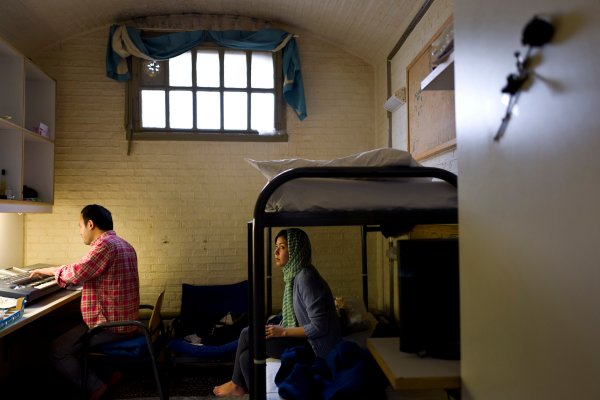 See How the Netherlands Is Housing Asylum-Seekers in Former Prisons
Next Up: Editor's Pick