This combination of booking photos provided by the Chicago Police Department on Thursday, May 19, 2016 shows Diego Uribe Cruz and his girlfriend, Jafeth Ramos, who were arrested Thursday and charged with six counts of first-degree murder in the killings of six members of a family in Chicago's Gage Park neighborhood.
Chicago Police Department via AP
By Daniel White

Chicago police have arrested two suspects in connection with the February murder of a family of six.

Diego Uribe Cruz, 22, and his girlfriend Jafeth Ramos, 19, were charged with six counts of murder each, officials said Thursday, according to CBS Chicago. Officials said Cruz is a cousin of one of the victims.

Chicago Police said that the crime began as Cruz attempted to rob his family, but things went sour and it turned into a multiple homicide, according to CBS.

Five of the victims were found dead of stab wounds, with Maria Herminia Martinez, Cruz’s cousin, the only victim who was shot to death.

“In my 28 years, I haven’t seen a case that has hit as close to home for myself and so many others in this department than what was discovered on that cold Thursday afternoon in February,” Chicago Police Supt. Eddie Johnson said of the gruesome killings being dubbed the Gage Park Massacre for the family’s Southwest Chicago neighborhood. 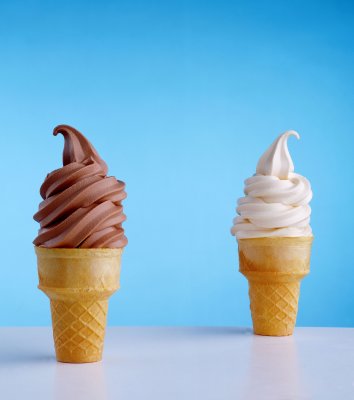 Milwaukee Custard Shop Under Fire for English-Only Policy
Next Up: Editor's Pick