Canadian Prime Minister Justin Trudeau apologized Wednesday for elbowing a member of Parliament while a physical political maneuver played out on the floor of the House of Commons.

As votes in the House cannot begin until all party whips are seated, Trudeau tried to physically pull the Conservative Whip Gord Brown from the group of New Democrats who were blocking him from his chair. During the process, he elbowed opposition member Ruth Ellen Brosseau, which caused immediate uproar and confusion, the Washington Post reports.

“I noticed that the member, the Opposite member whip, was being impeded in his progress,” Trudeau said later to the chamber. “I took it upon myself to go and assist him forward, which was I now see unadvisable as a course of action, and resulted in physical contact in this house that we can all accept was unacceptable and I apologize for that unreservedly.”

Trudeau apologized directly to Brosseau, who was so overwhelmed she had left and missed the vote. A House committee will conduct an investigation into the incident, which Trudeau referenced in a series of tweets Thursday morning:

The whole incident is perplexing — not only for people not used to government scuffles, but also for the Prime Minister’s supporters/fans, who rarely have to confront a reality where Justin Trudeau does anything wrong. 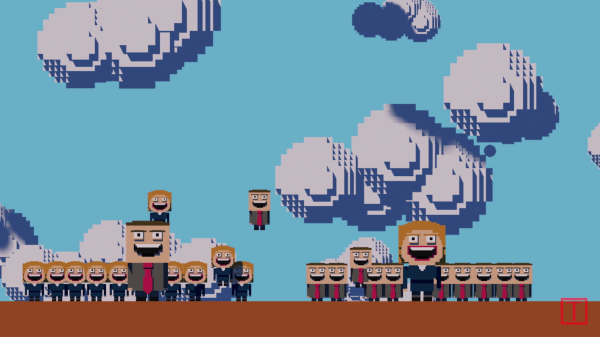 Superdelegates Explained in Under 90 Seconds
Next Up: Editor's Pick