College Sophomore: I Joined 'Students for Trump' Because He's the Future for Millennials

Republican presidential candidate Donald Trump arrives for a rally with supporters in Fresno, Calif., on May 27, 2016.
Jonathan Ernst—Reuters
Ideas
By Julie Dobbs

Dobbs is an upcoming sophomore at Spring Hill College in Alabama

Since Donald Trump announced he was running for president on June 16, 2015, I have been an avid supporter of his presidential campaign. Trump is a successful businessman who embodies the American dream. He represents democracy, rights, liberty, opportunity and equality—all in a safe moderation.

That’s why I joined Students for Trump, an organization formed last October by Ryan Fournier and John Tyler Lambert, two students from North Carolina. We are educated, motivated and dedicated millennials who share the same ideas and goals—not just to encourage students to get out and vote for Donald Trump, but to increase political participation among youth. Through social media applications such as CallFire, Snapchat, Instagram and Twitter, we have been able to spread political awareness, and we now have more than 6,000 members in 42 states.

Students for Trump gave me a way to share with others what I envision for our country. I see America as the Land of Opportunity, but this opportunity has been abused by too many. Trump has seen firsthand what opportunity can bring—he says he was able to turn a $1 million loan into a net worth of billions. While every American citizen obviously cannot inherit such a sum, they should all be given equal opportunities for upward social mobility. Trump saw that these opportunities were being unjustly infringed upon by undocumented immigrants, and he decided to do something about it. This one idea has become one of the foundations for his campaign to “Make America Great Again!”

His pledge to deport undocumented immigrants and build a wall on the Mexican border has evoked very differing opinions, so much so that it, along with his other proposals, has helped create a schism in the Republican Party. Yet despite the dissension among Americans regarding his ideology, he has held firm in his belief that American citizens deserve a greater opportunity than what they are given in today’s society. Seeing this as the primary issue that plagues our nation, I choose to closely listen to what Trump has to say. I put in the work to become educated about Trump’s stances and started forming my own individual opinions. I strongly believe that his intent is not to punish hard-working immigrants, but to provide his fellow American citizens with safety and equal liberties and rights.

Furthermore, Trump has stood firm in his treatment towards our service men and women. Whether it be our current military, law enforcement or our veterans, he has adamantly advocated for giving these heroes the respect they deserve. In addition, he addresses mental-health issues within his proposed health-care reform, he acknowledges that a “one size fits all” education system is not effective, he understands the importance of being pro-Israel along with showing neutrality towards other Middle Eastern countries, and he envisions the power of a strongly unified nation.

But my support for Trump goes beyond his policy proposals. Instead of dancing around the truth, Trump deals with tough subjects bluntly. His lack of concern for being politically correct may intimidate the establishment, but it is exactly why I, and so many others, have grown keen to see a Trump presidency. If we cannot talk about the barriers that separate our citizens, then the argument that being politically correct decreases racism, sexism and other problems becomes invalid. As Trump says, being politically correct takes too much time and effort, and if you put too much emphasis on this, you will fail to get things done. Getting things done is what he has practiced his entire life, and that trait is what our next president needs.

With all the hard work that Students for Trump has put into this election, I can only hope we have been able to educate and motivate our fellow millennials to become more involved in American politics. I look forward to casting my vote for Trump this fall. 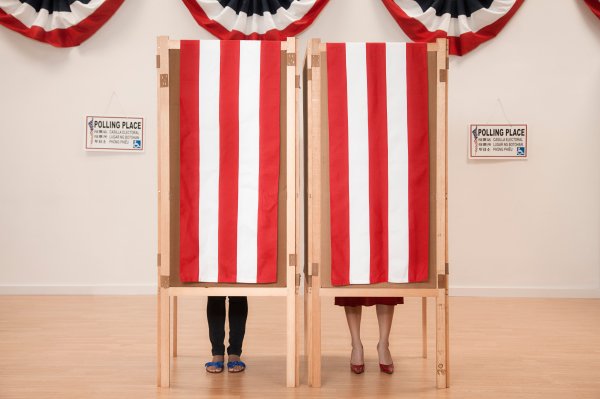 Here's a Better Strategy for Picking a President
Next Up: Editor's Pick