Cards Against Humanity Sells Out of 'Donald Trump Bug-Out Bags'

The U.S. presidential election might be months away, but Cards Against Humanity has already prepared for the possibility of presumptive Republican presidential nominee Donald Trump winning the White House.

The maker of the card game — described as “a party game for horrible people” — announced and promptly sold out of the “Donald Trump Bug-Out Bag” on Wednesday, according to the company’s website and Twitter.

Each of the $25 prepacked duffle bags holds over a dozen items “hand-picked to help you survive the collapse of civilization after Donald Trump is elected President.” It includes food rations, a hand-crank radio, a gas mask and an application to become a permanent resident of Mexico.

All 10,000 bags also include a Donald Trump–themed expansion pack to the popular fill-in-the-blanks card game. One of the 25 cards reads: “Donald Trump’s first act of president was to outlaw ____.” It is only a matter of time before you find out if your predictions become reality. 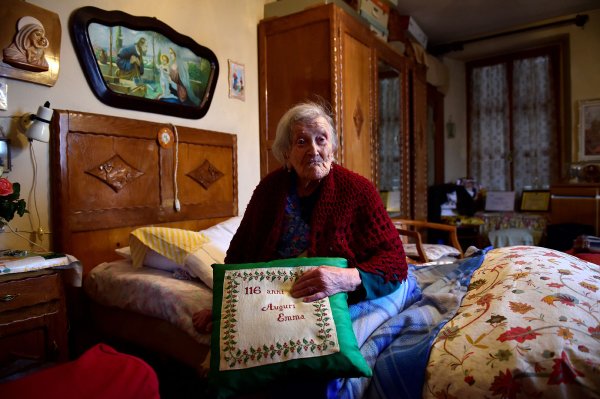 The Oldest Person In the World Attributes Her Long Life to Eating Eggs and Being Single
Next Up: Editor's Pick